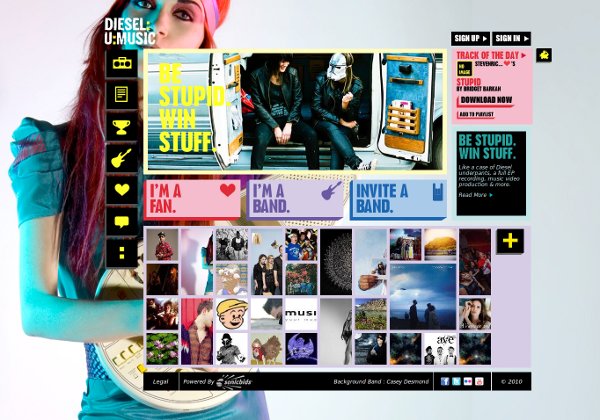 This year D:U:M  introduces the ‘Stupid For Music Cup’ which puts fans in charge of the contest. Through a series of heats and knockout rounds the most obsessively followed new artist in the world will be revealed. On September 23,  32 artists with the most fans and 32 artists chosen by Diesel will ‘fight’ against each other in the very first music battle driven by the fans.

A series of Diesel:U:Music 10th birthday parties will be held across the globe from October to the end of the year including cities like Paris, London, New York and many more.