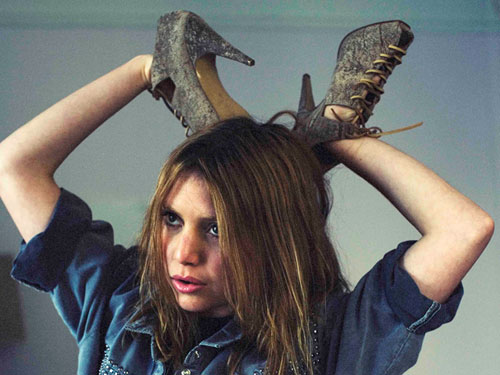 ‘Because you’re a woman, the music industry puts you in another corner. I want to be fighting with the men. I want to be amongst the men, topless, throwing things.’

The woman who insists “I’m your prostitute, you gon’ get some” on charging new single “Get Some” isn’t the same shy girl who cooed longingly throughout her 2008 debut LP, Youth Novels. Lykke Li has been talking her new up coming album, Wounded Rhrymes. Now 24, Lykke Li has done some serious growing up over the last few years, and we’ll hear the results when her sophomore album, Wounded Rhymes, is released on the 1st of March.
She promised a ‘darker’ affair with plenty of African drums, Hammond organ and girl-group harmonies.

link: Lykke Li on myspace
Here is ‘Breaking it up’ from Youth Novels