Nicki Minaj On the Cover of Complex Magazine 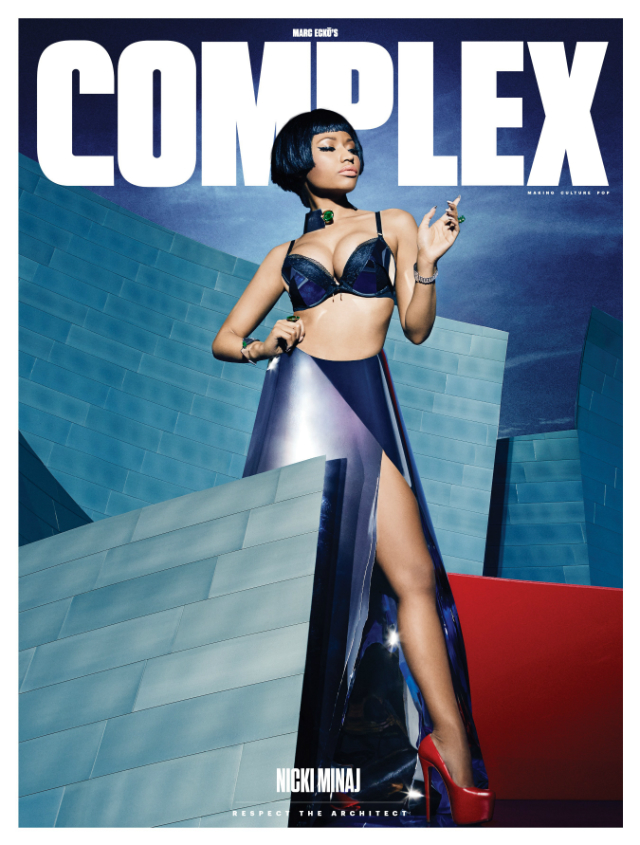 Nicki Minaj is one of the people that their career has taken off during the past year. Particularly she has been featured in several covers of fashion magazines and now she is on the cover of Complex Magazine for the December 2014/January 2015 issue. The famous singer is not only known for her rapping talents, but the past year while she has evolved as an artist, she is aspiring to evolve as a fashion icon as well. With fans from the fashion industry too, like Alexander Wang, Minaj appears on this cover with a futuristic look with custom made bra and skirt made by Rushka Bergman, while in the rest of the photos she’s captured with creations of Azzedine Alaia, Christian Louboutin and more.