Brooklyn Beckham Makes His Debut on a Major Magazine Cover 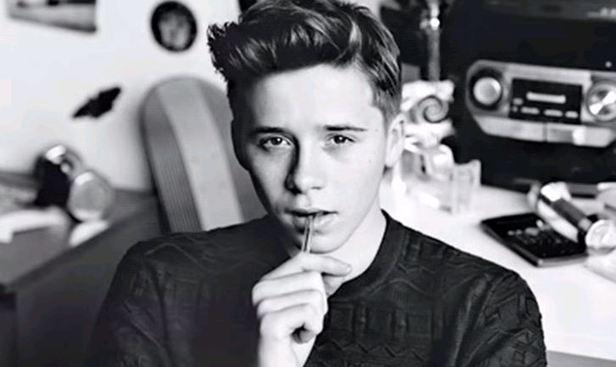 It’s usually his parents making headlines, or covering the world’s most important magazines. But beauty runs in the family, so it is inevitable for Brooklyn Beckham not to follow his famous parents’ footsteps. Even though he has plans neither for football, nor for the fashion idnustry, the 16-year-old son of David and Victoria Beckham is on the cover of the British mag Miss Vogue October issue.

When you’re the child of two gorgeous celebs, it seems pretty easy to avoid the awkward puberty stage that inevitably befalls every other mere mortal. So at just 16 years old, Brooklyn Beckham looks like the most suave teen ever on the October cover of the British mag Miss Vogue. And what does he have in mind: studying art and photography at an American University, after finishing school.

The family sure, loves fashion. Some years ago, the second child of the family was the star of a Burberry campaign, while the only daughter of the couple, 4-year-old Harper Seven, is constantly appraised for her style. There’s no denying that 10-year-old Cruz will make his fashion debut soon.

Check out his interview here.