Once again, Paris Fashion week delivers surprises, iconic moments and most importantly all the inspiration you need for building your wardrobe next year. We are going to take you through the five C’s you can’t miss from fashion week. 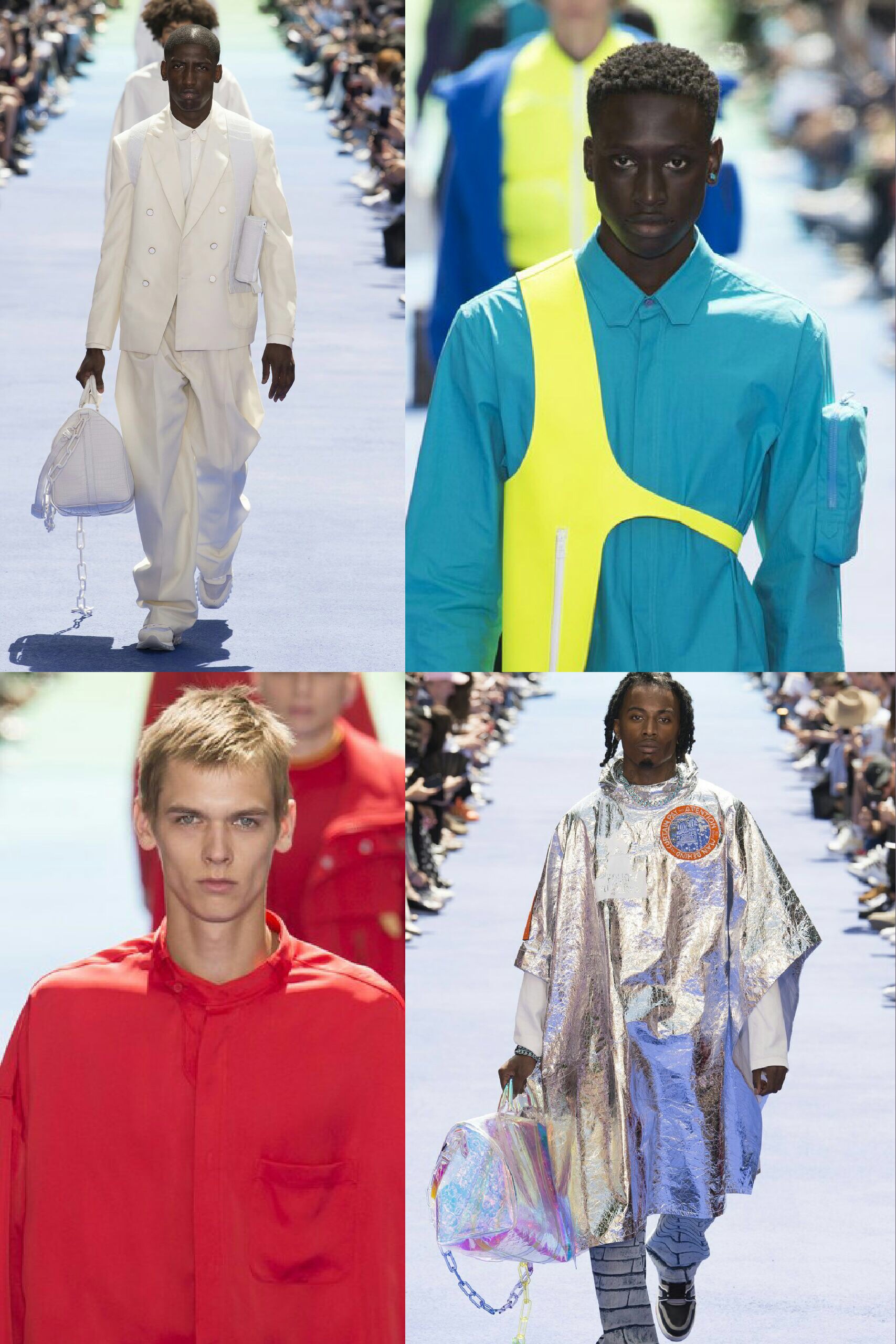 C is for CASTING

The most hotly anticipated moment of the whole week was clearly Virgil Abloh’s debut for Luis Vuitton Menswear who was announced as artistic directed on the 25th of March this year. The Ghanaian-American designer has been heralded as the first person of African decent to front a French luxury fashion label. Having founded his own label Off-White in 2013 and turned it into a streetwear sensation, Abloh mixed his experience of an intellectual approach to streetwear and combined it with the formal heritage of the brand. On Instagram, Abloh shared show notes which map the birth place of the models and their parents. He explained that this was to visualise the concept of the show which had ideas about diversity and travel at its core. The casting of the show is a sign of Abloh’s commitment to a truly global outlook on fashion and we can’t wait to see what he does next. C is for CONSTRUCTIVIST

Never one to follow trends, Rick Owens sent out models in wearable sculptures. These tent like constructions were inspired by the Constructivist architecture of Vladimir Tatlin who wanted to build a huge tower dedicated to Lenin in Moscow. Tatlin’s dream never came true but Owens continues Tatlin’s subversive and radical legacy with these subversive pieces of portable architecture which are available to order flat packed and assemble at home. You too could have your own little piece of a communist dream in your wardrobe! 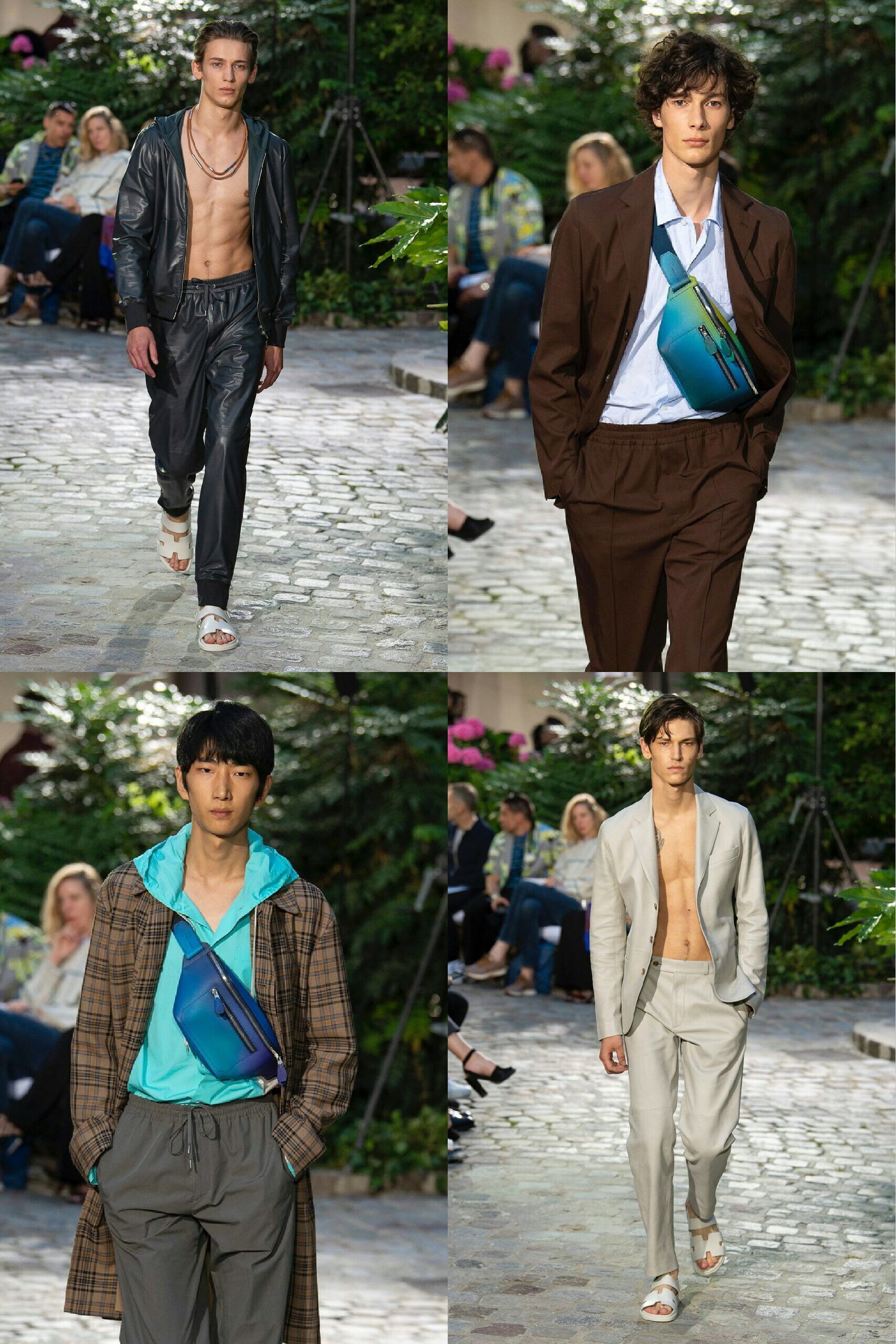 C is for CALM and COLLECTED

Hermès, a brand known for their scarfs, belts and bags, remains unwavering in their visualisation of l.u.x.u.r.y. Sit back and relax as the cool strutting models glide past in elegant, considered suit pieces paired with sandals and festival ready bum bags worn across the chest. The show oozes an understated confidence and embodies the classy man of leisure they have been designing for since the brand’s founding in 1837. Artistic executive, Pierre-Alexis Dumas, said in an interview with Vogue that you don’t need to destroy in order to reinvent and remain relevant. Hermès is an antidote for today’s fast fashion with their slow, considered development of ideas. 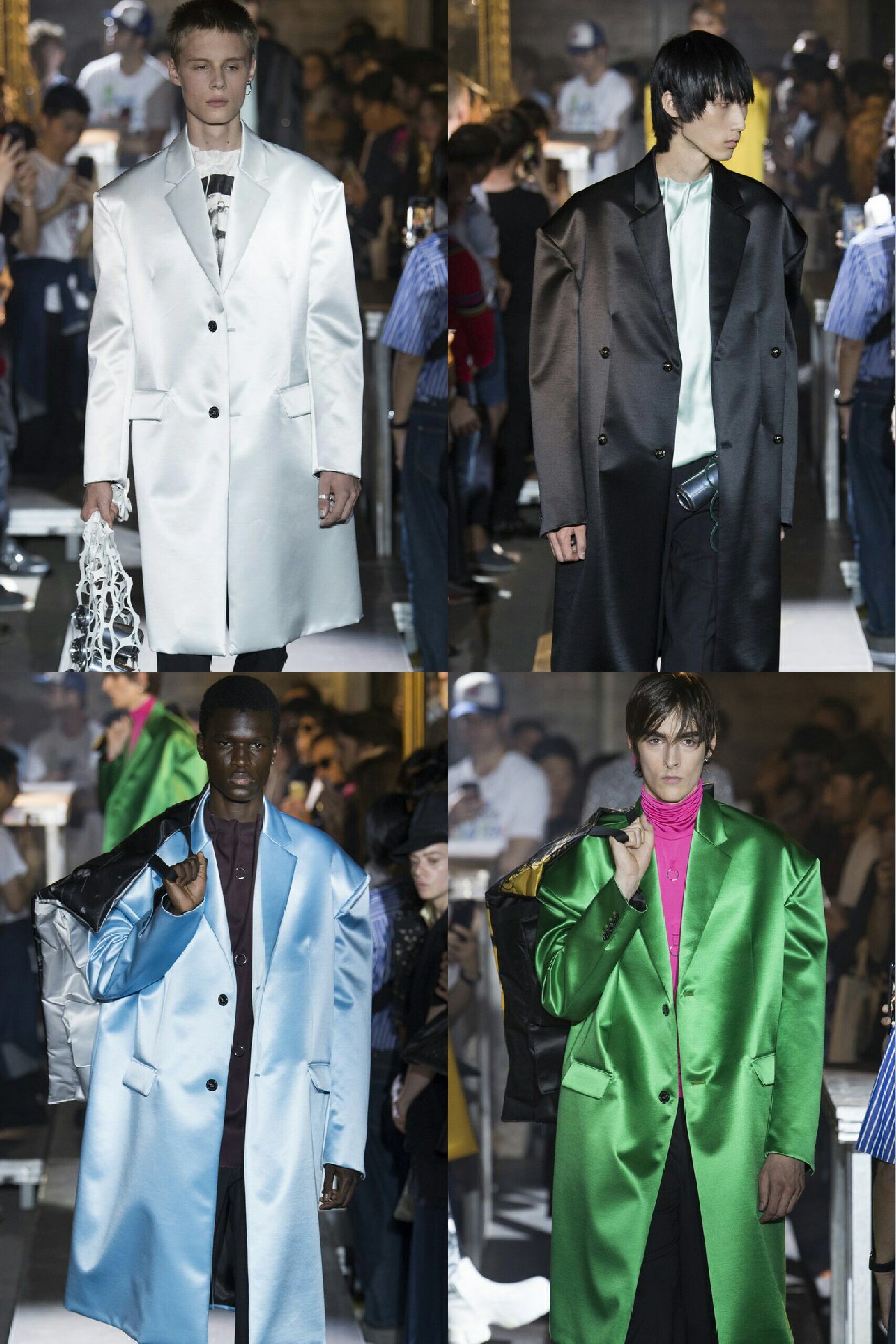 C is for COATS

Statement jackets make a splash on the runway as Raf Simons returns to his favourite Parisian warehouse. This collection was an explicit backlash against streetwear as he rejected the printed hoodie and combined the strong colours of an Yves Saint Laurent runway with the boxy frame of Demna Gvasalia’s pieces for Balenciaga. Using duchesse satin, a fabric usually found in woman’s wear, Simons created a more expensive and feminine feeling garment. Keep an eye out for these! 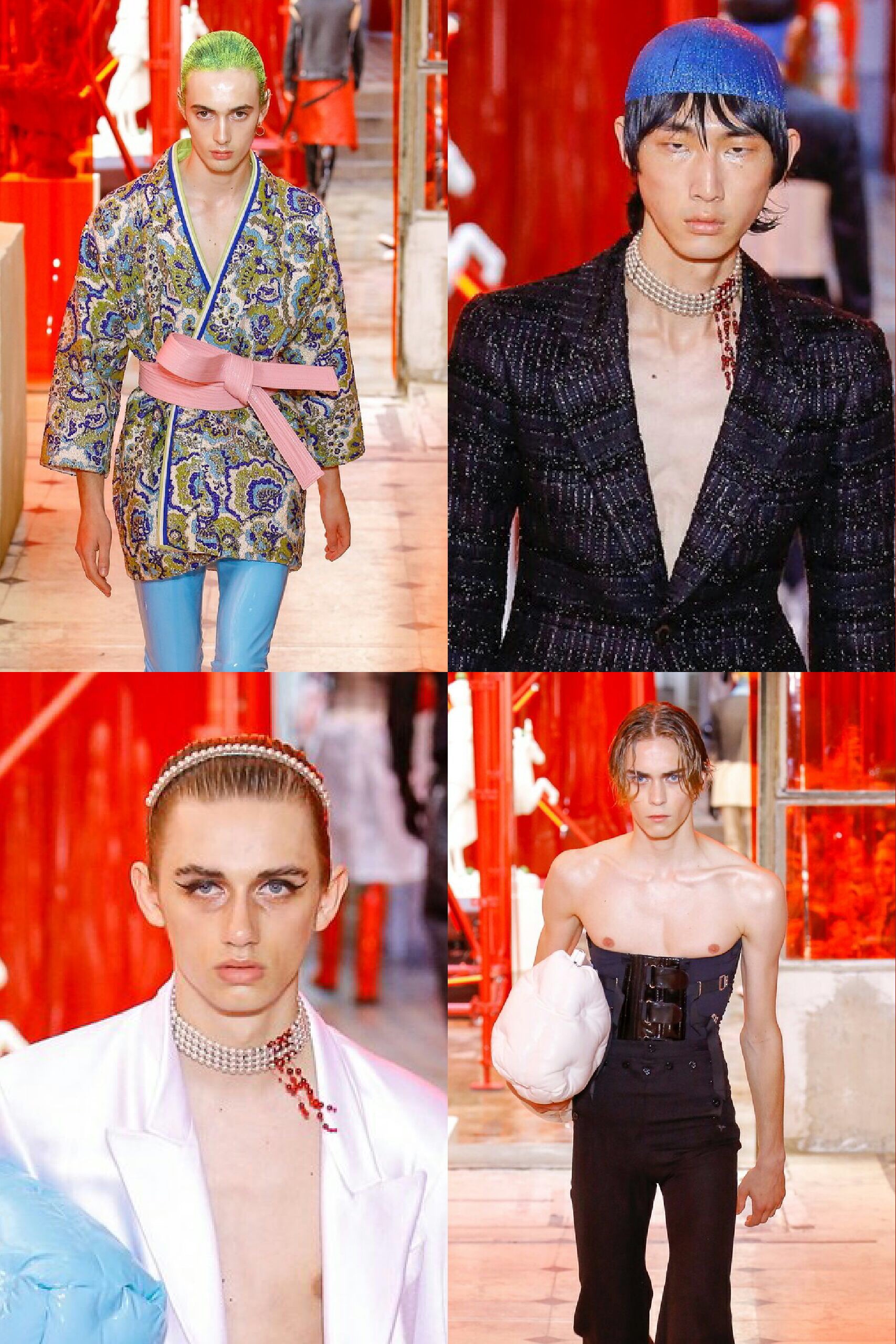 C is for CONVERSATION

John Galliano had his own debut moment as he launched Margiela’s first couture menswear collection. To accompany the collection Galliano created a podcast called The Memory of…With John Galliano to share the meaning and inspiration behind the collection with the world. What is clear is that while Galliano finds modern men’s wear to be an increasingly exciting area of fashion, he still wants to leave his theatrical mark on the pieces which had some staple Galliano gestures like a kimono inspired top and a playful pearl necklace with fake blood. (A reference to the French “costume à la victime” spotted by @diet_prada) This collection focuses not only on a conversation between Galliano’s past and present but also on the progression of menswear towards a more gender-fluid silhouette.