People Judge This Girl Because She Is Pretty 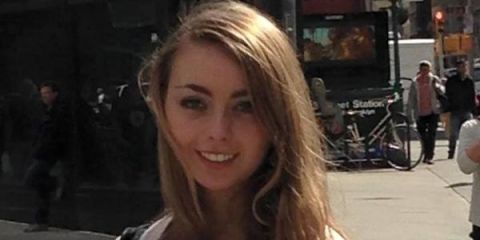 What’s it like being pretty and being judged for it? Felicia Czochanski writes about it in Cosmopolitan in a piece, named “People Judge Me Because I’m Pretty”. Czochanski finds her beauty an obstacle, from being her true self. She has to hold back, so as she won’t be judged as a girl, having only the looks.

In her piece, she is stating everyday problems, such as “heads turning and all eyes on you when you are simply trying to get to where you need to be”. At first the solution for Czochanski was, wearing baggy clothes, so as noone would notice her. And she would never brag about her accomplishments, because beautiful girls can’t do so. But in a world, where everyone, and women for the most part are judged based on their looks, isn’t it quite reasonable for them, to have to face this kind of harassment?

Anyway, it’s really nice of her to talk about that. Since living in such a society, where street harassment is just a term and men don’t think it’s offensive, someone has to state that walking down the street and listening cheesy stuff about your looks, can be really annoying. According to a research of Stop Street Harassment, for which 2,000 people were polled, 65% of women and 25%of men had experienced street harassment, meaning they have been sexually touched, followed, or attacked with homophobic or transphobic slurs.

No matter what you think of Felicia Czochanski and her beauty, she is in quite a good position. She’s a blogger and college student, living in New York. The thing is not whether you find her attractive or not. The thing is that street harassment has to stop. And this piece is a way to point it out.