Skateism: On their belief in diversity

“In an ideal world, Skateism would not exist. That’s the god-honest conclusion I’ve come to after five years of trying to get this damned magazine off the ground. These five years were not about the growth of Skateism. As a partnership, Moch and I were tentative and naive; we watched what other magazines were doing in a vain attempt to emulate their success. The result was shameful confusion, something that anybody who’s ever not been true to themselves understands all too well. We pandered to the publishing industry, to skate brands, to non-skate brands. Nobody was interested, and I suppose neither were we. 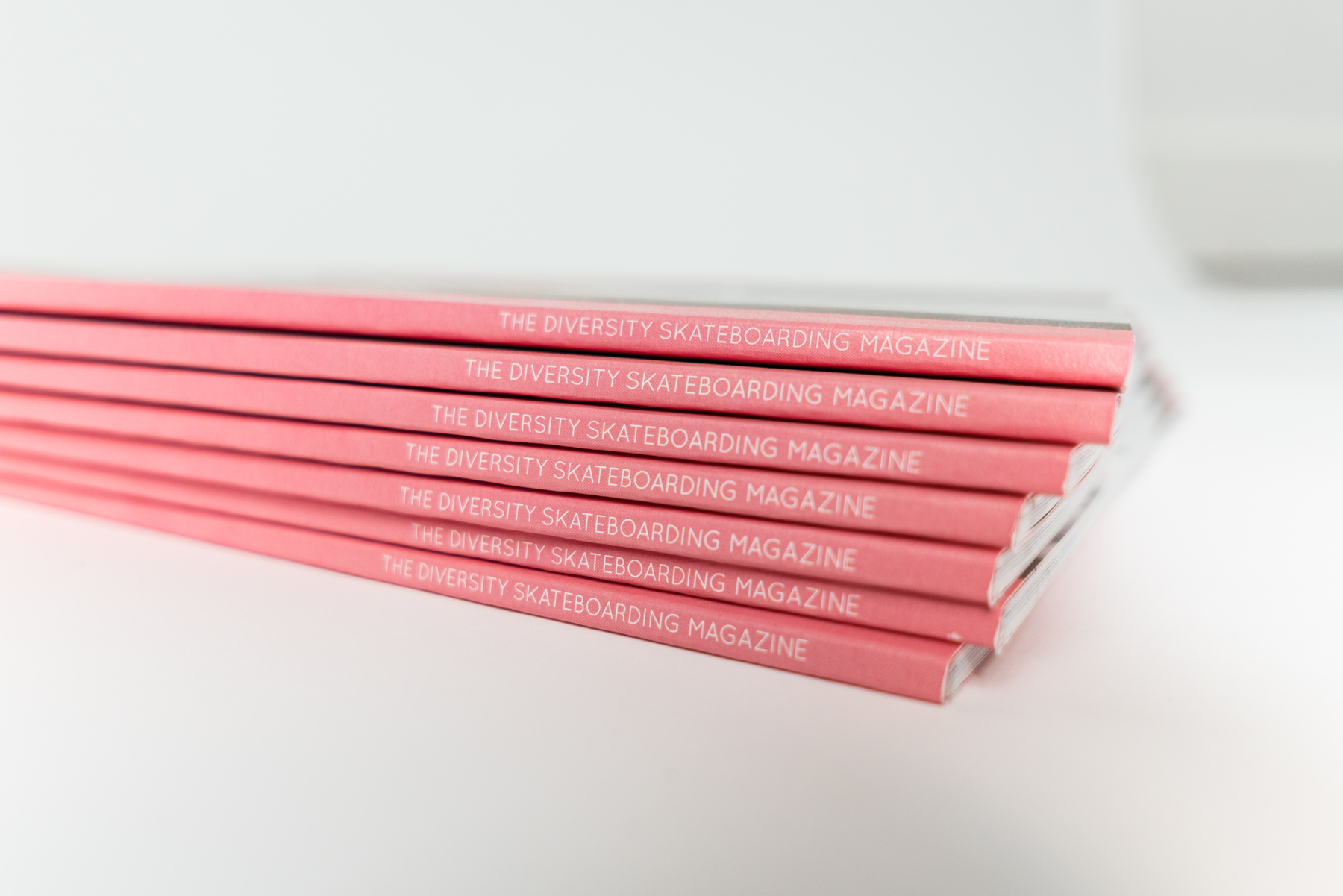 Our online magazine was started by Moch in 2012, two years before I moved to Athens and he invited me in as editor. In my desperate plea for a life out there, I turned to Google. Skateism. com ranked first when I searched “Athens Skateboarding” and I often thank my lucky stars that Moch had targeted his SEO locally back then – things could be very different. “Our common belief in the culture of skateboarding” was the Skateism mantra, and it resonated with us both. 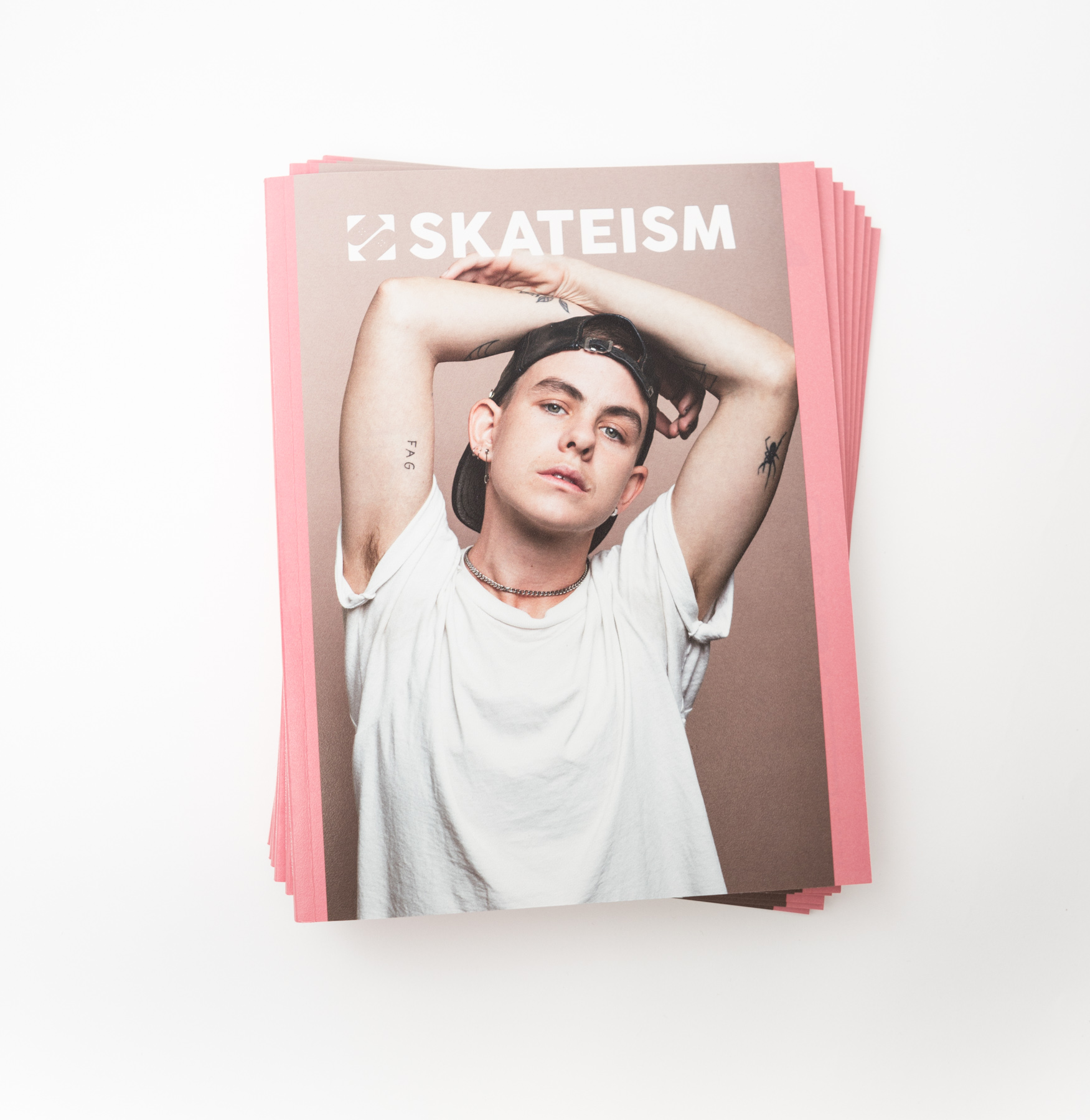 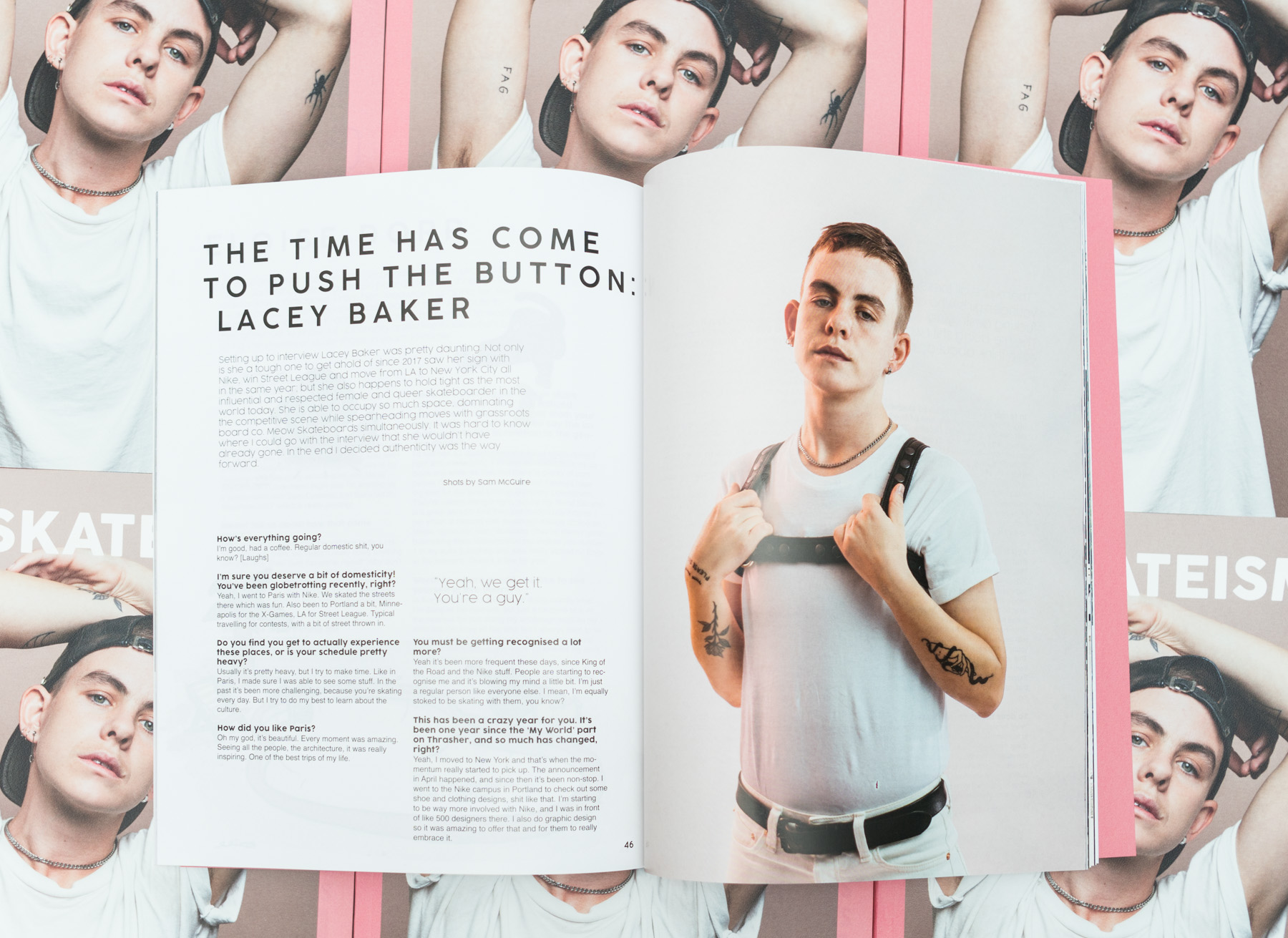 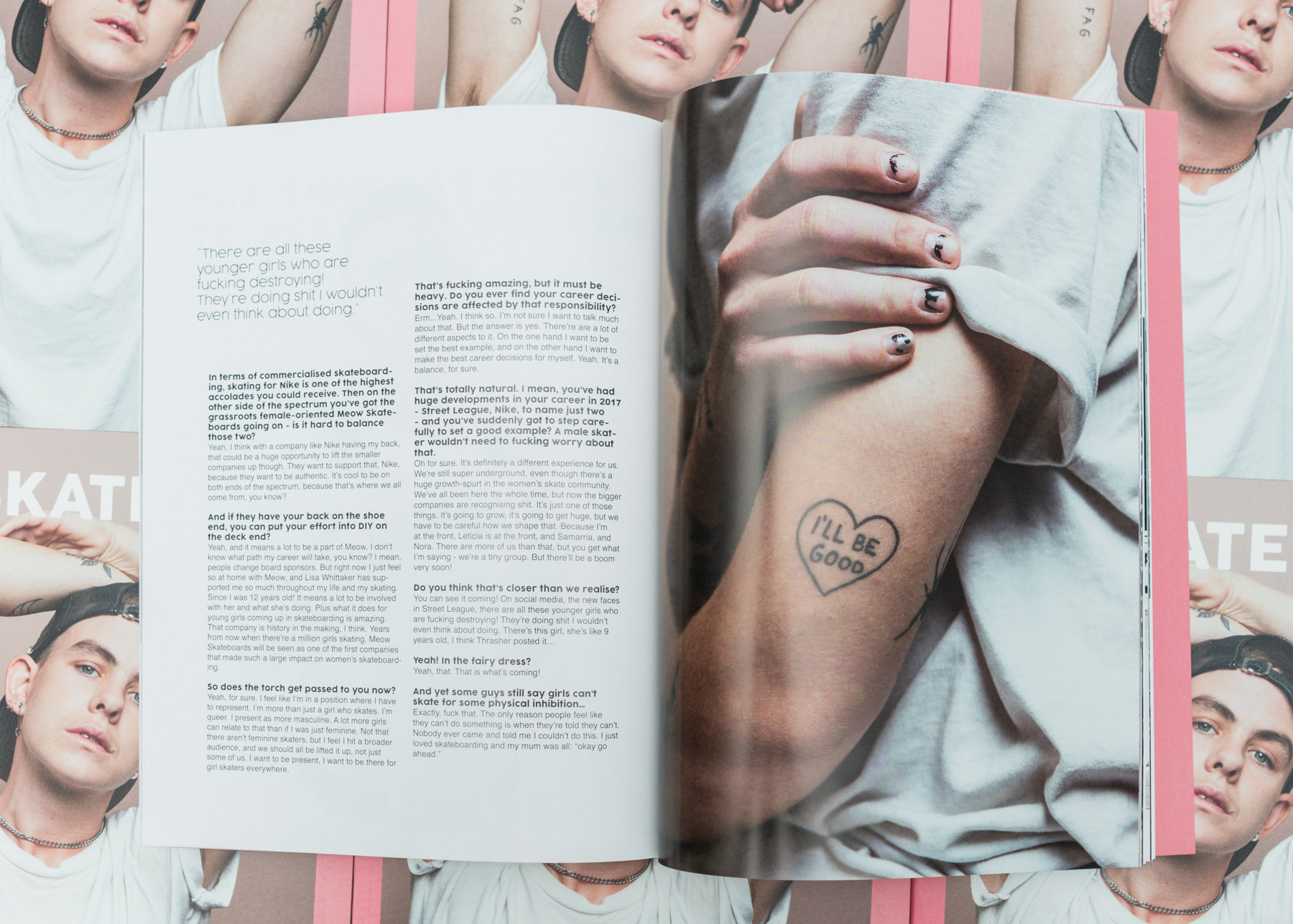 See, I never found looking at photos of dudes on handrails interesting. I never got excited by new shoes or tour interviews. I started skateboarding because the people on my street liked building dodgy-ramps and falling off them, and so do I. We had a steadfast appreciation of skate-culture, not skate-industry. 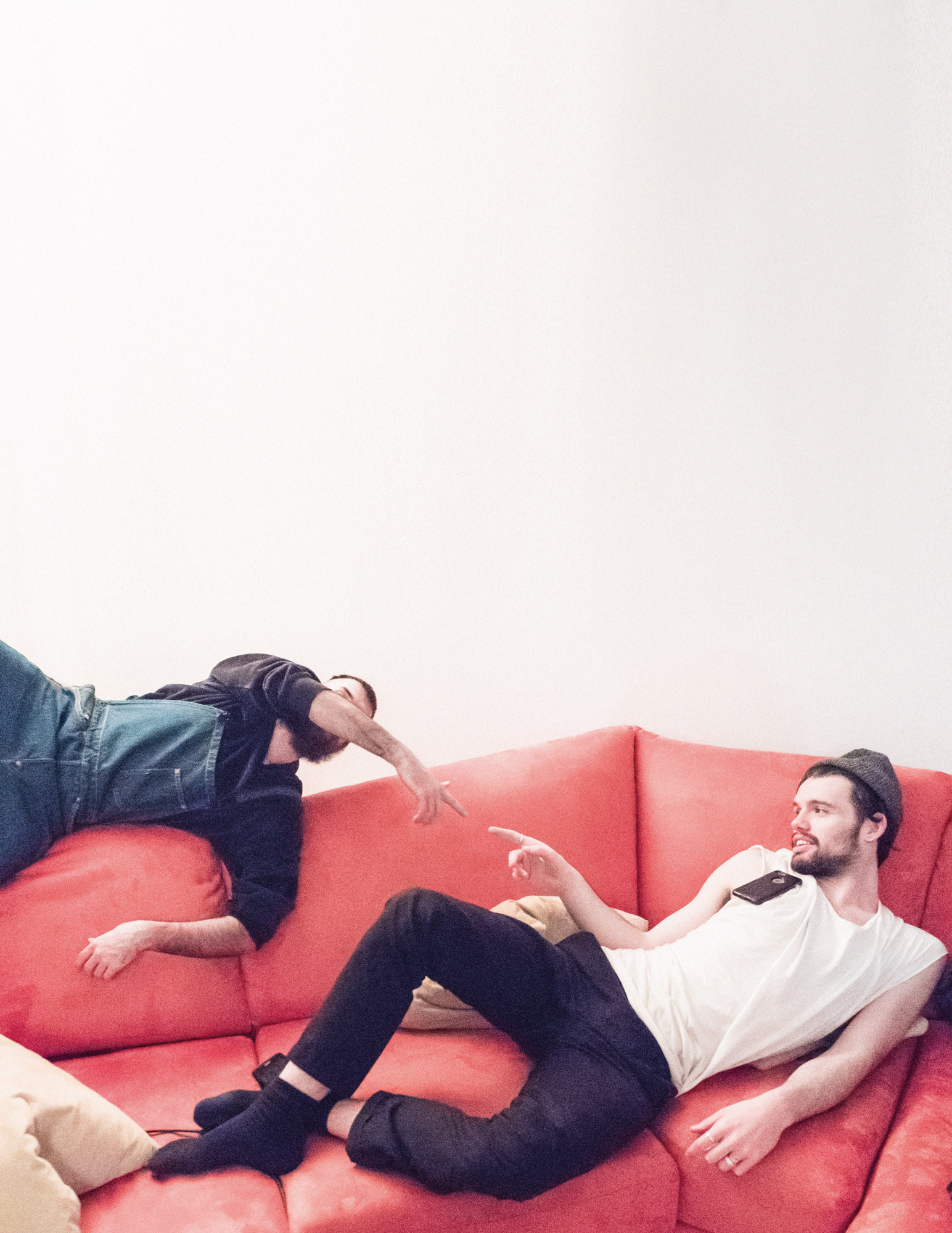 Meanwhile, Μoch grew up skateboarding in a tiny Greek village called Elassona, then a slightly larger town, and then moved to Athens in pursuit of a career as a graphic designer. He founded Skateism, but only when we became friends did Skateism develop. We struggled, organising over-ambitious events, scraping together web-hosting costs, and trying to get our magazine noticed. We found ourselves alone together on endless train journeys, on drunken island-trips, on FaceTime, really putting the hours in for next-to-no reward. But I don’t think we went a day without talking, so those five years were not about the growth of Skateism, they were about the growth of the friendship behind it. 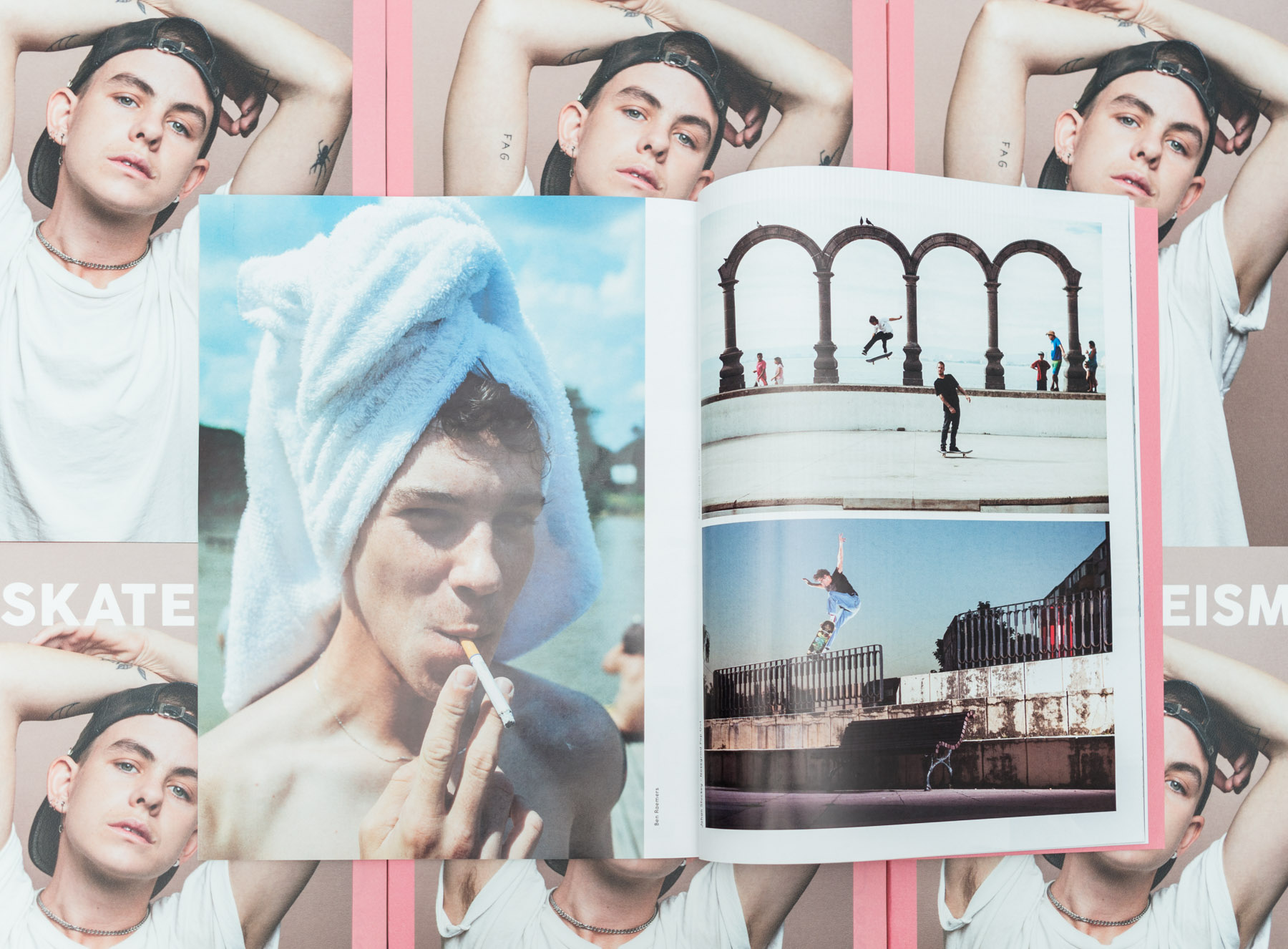 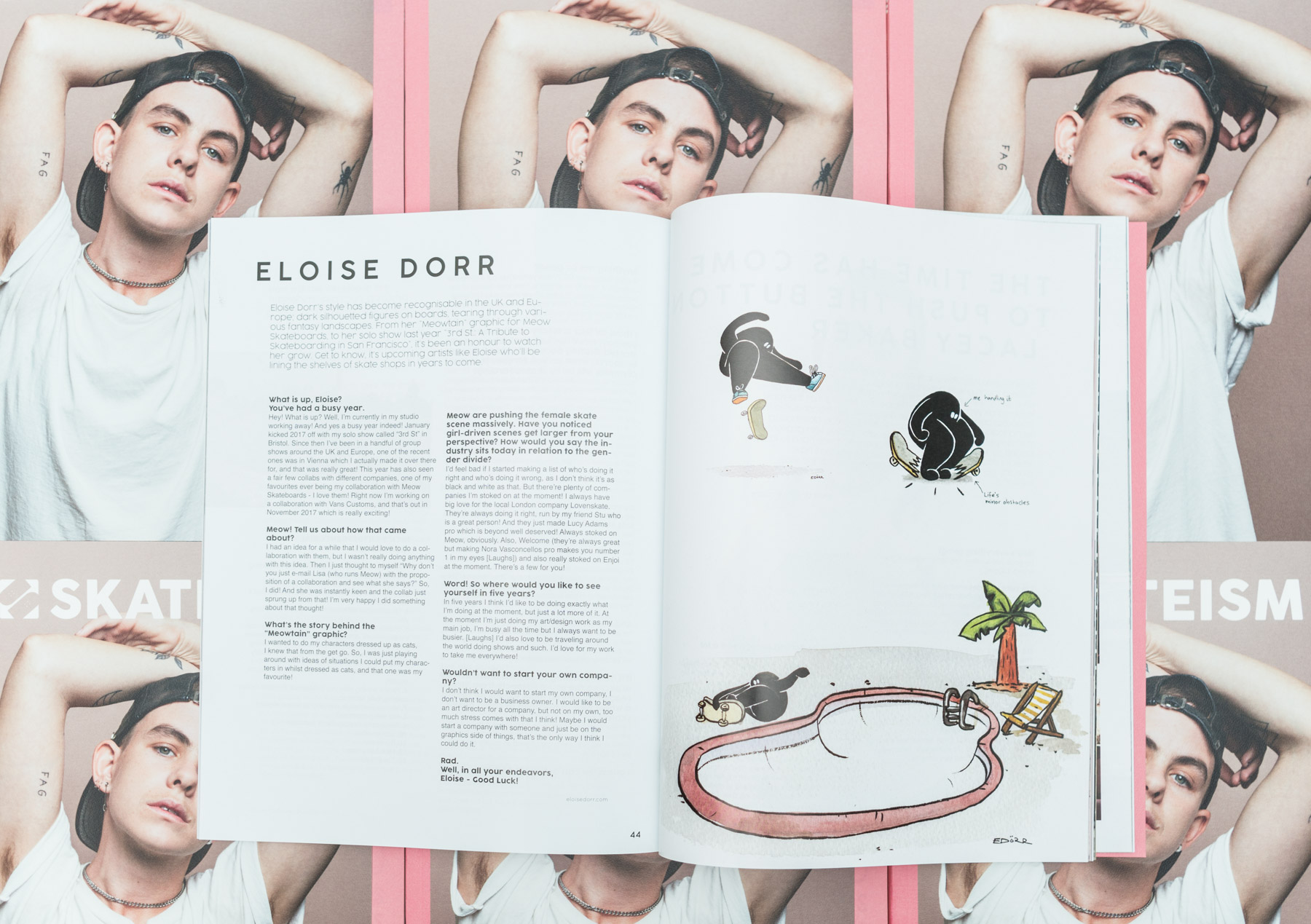 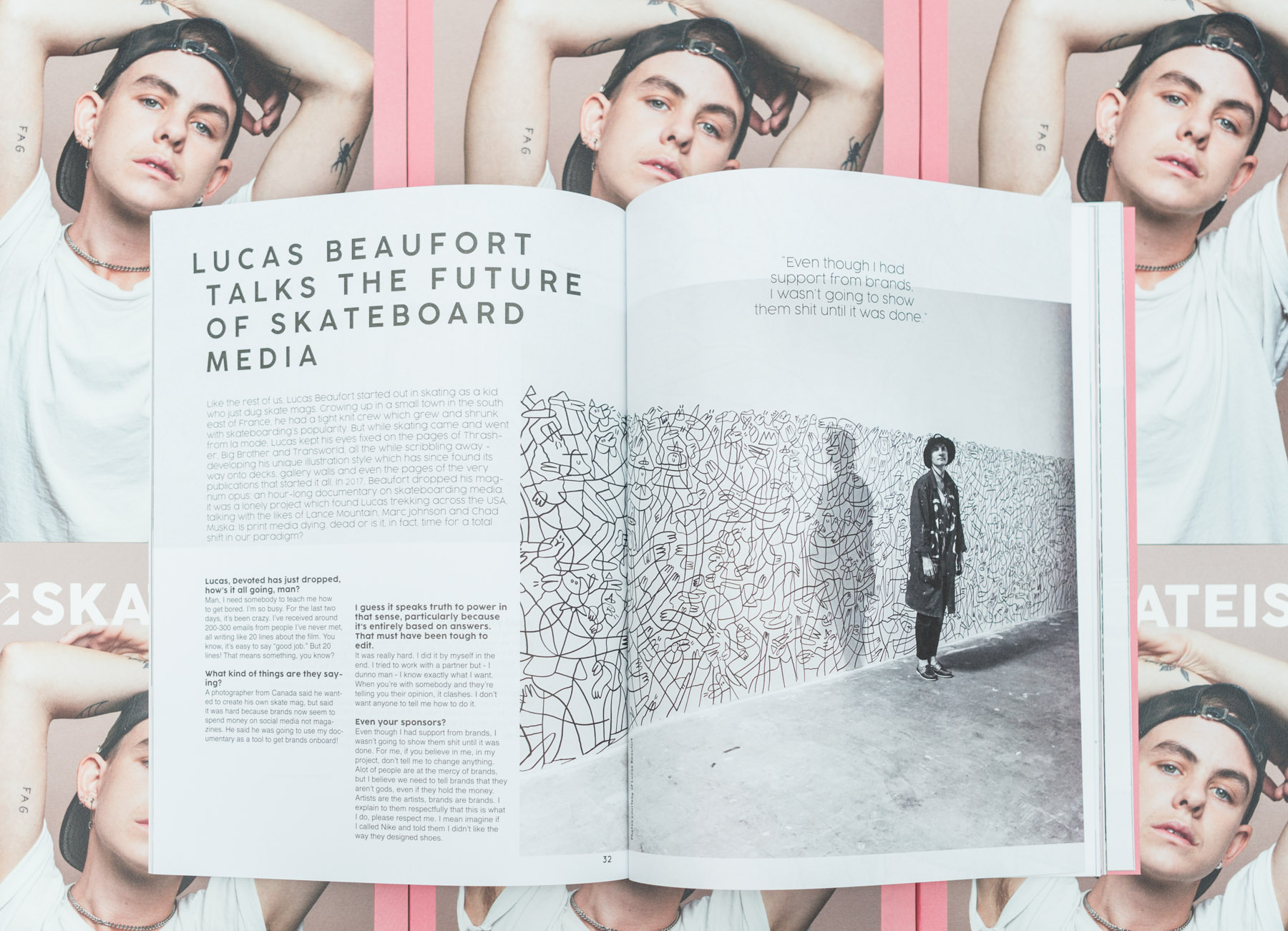 We spoke a lot about art, sexuality, diy and the way the culture was going. We realised that it was these sorts of conversations that excited us most. Slowly we sought out more conversations, with a more diverse group we felt were barely heard. The more interviews we conducted, the more faith we developed in the underground and overlooked, and the more disappointed I became in the industry that was not promoting them. From this frustration Moch and I built up the strength to out Skateism as the first Diversity Skateboarding Magazine. 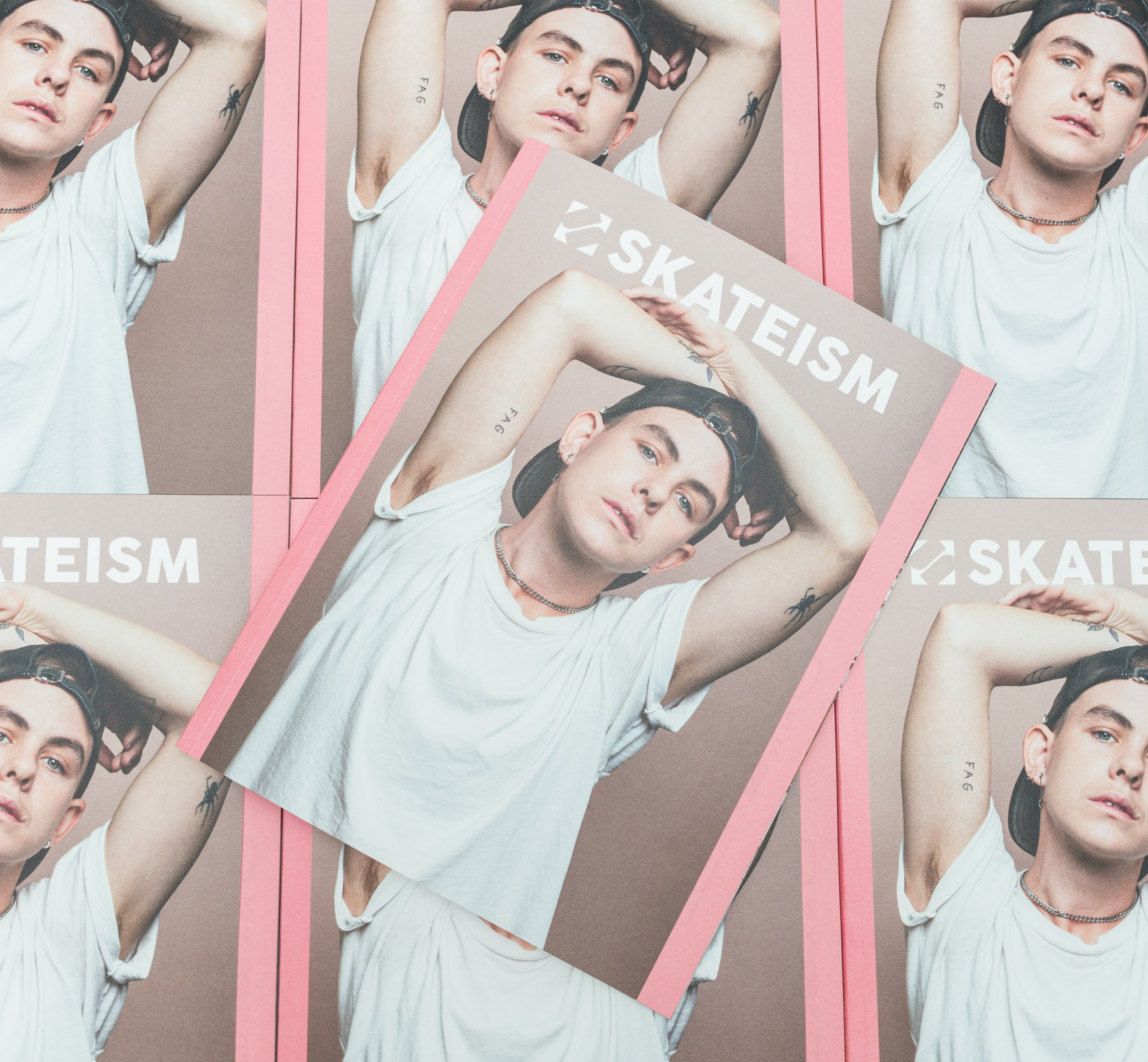 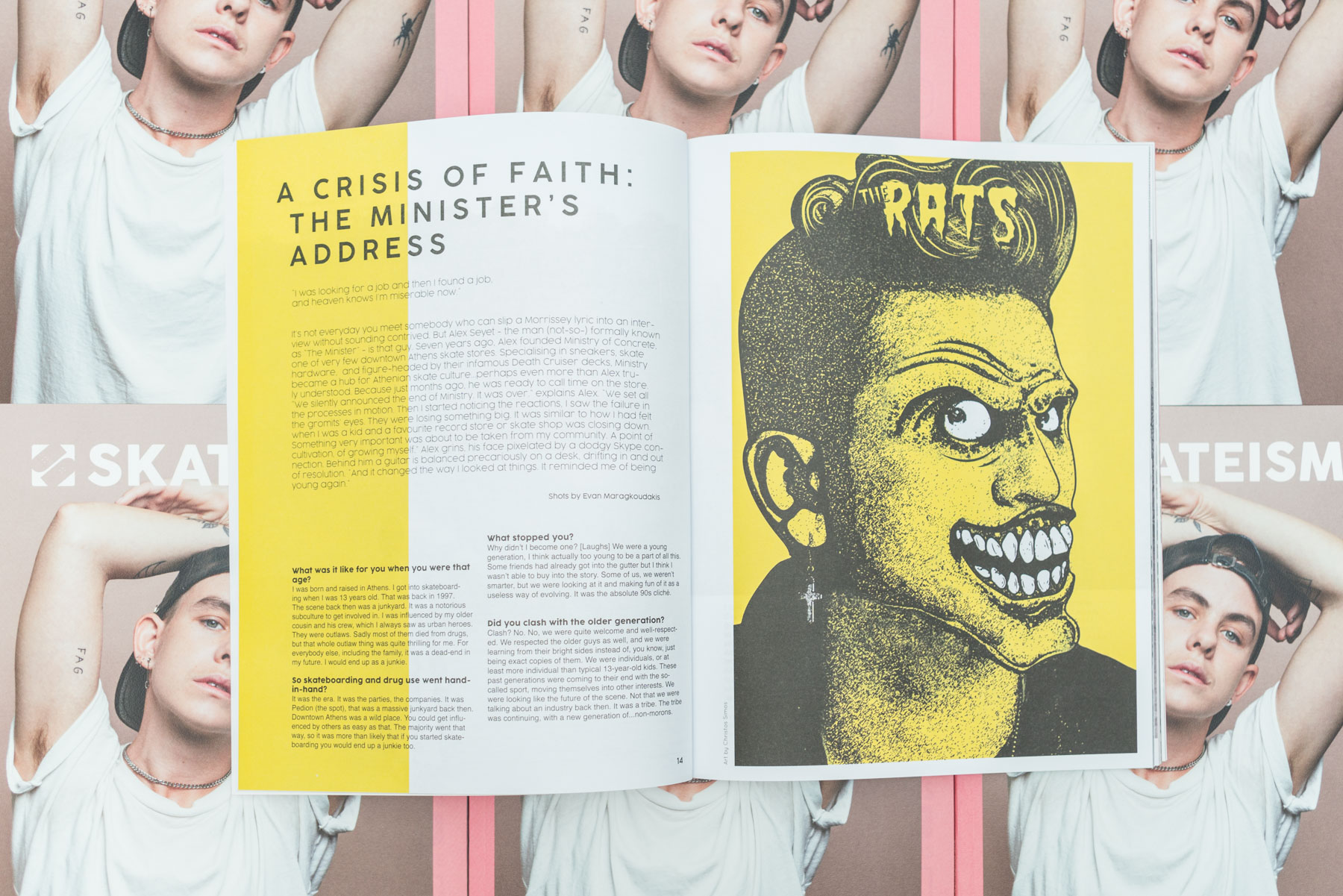 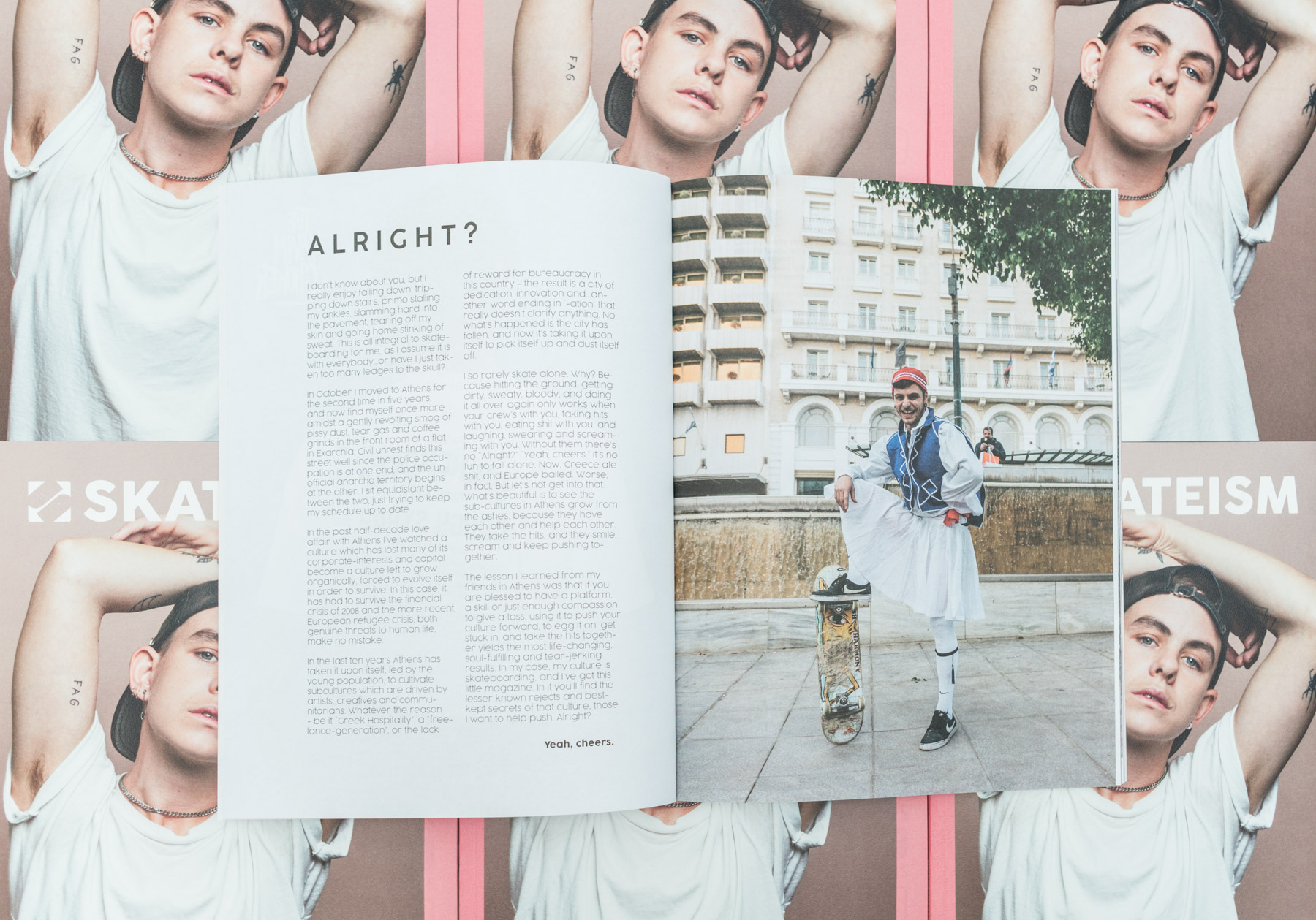 When Osh came to Athens from England, he googled “skate in Athens” and found Skateism. Together with the magazine’s founder, the twenty-three-year-old Moch, they started skating together, became best friends and discovered a common ground on the passion for skate and diversity. The teacher Osh wrote the texts and graphic designer Moch was in charge of the layout. The result was the first diversity, skateboarding magazine in the world. The launch took place last January, at the “Bright” fair in Berlin. They arrived late and found a queue of women, queers and famous pro skaters waiting for them to hug and greet them. It was unimaginable. Now, having the first major deals with commercial brands, organizations and communities under their belt, and having secured international distribution, they are preparing for the second issue and a launch in the U. S. market.