Until the invasion and conquest of North America by European Christians during the 15th century, Native Americans didn’t abide by the two-gender norms. They hadn’t built their social structure with strict behavioral rules to separate men and women. In fact, people with both male and female characteristics were viewed as gifted, since they “could see both sides of everything”. According to the informative website Indian Country Today, every native communities at the time recognized the following five genders: male, female, two spirit male, two spirit female and transgendered. 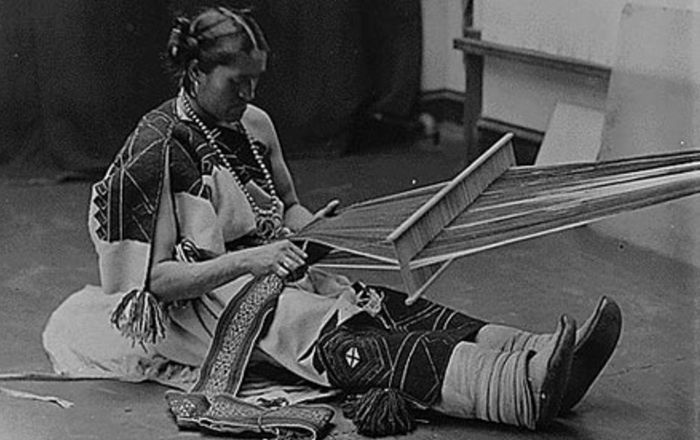 Naturally, each tribe had different terminology, for example the Navajo referred to Two Spirits as Nádleehí, meaning the one who is transformed. Among the Lakota the commonly used term was Winkté indicating a male who has a compulsion to behave as a female. The Ojibwe said Niizh Manidoowag (two spirit) and the Cheyenne used Hemaneh (half man, half woman). Nonetheless, the Europeans adopted the general term Two Spirit and decided to suppress and eliminate that belief as an extreme expression of heresy. According to Indian Country Today, American artist of the time George Catlin said “(It) Must be extinguished before it can be more fully recorded.” Spanish Catholics had the same intense reaction against the five genders theory of the natives, so much so that they destroyed most of the Aztec codices so none of it would be recorded in history.

A notable “Two Spirit” is warrior Squaw Jim / Osh-Tish (Finds them and kills them), who was born male and married to a female but dressed as a woman in his everyday life. He was respected within his tribe since he saved a comrade in arms in the Battle of the Rosebud, June 17, 1876.

Native Americans honored bravery and their contribution to their tribe’s well-being. No one forced gender roles nor were there any expectations concerning the way people dressed. Who you loved and how you acted was a natural choice that nobody had a say on.