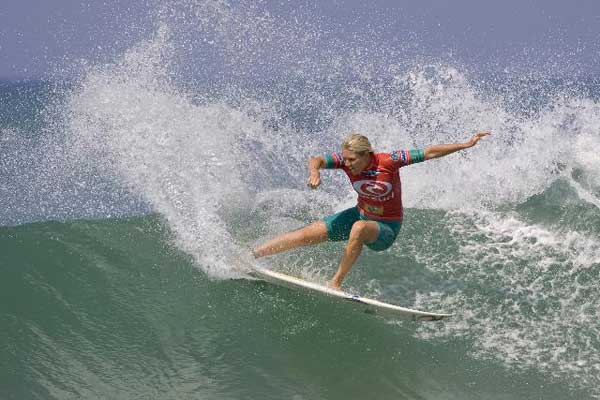 Rip Curl company, the leader in wetsuits and surfwear worldwide for the last thirty years and one of the greatest in board sports, is now riding the biggest wave in the world!

The Australian riders, sponsored by Rip Curl, surfed their way to the first places ay the World Surf Championship of 2009. The winners, Mick Fanning and Stefanie Gilmore, stated their happiness for their victory and claimed that the 2009 Championship was hard but completely fun! We have every reason to expect more victories as well as fantastic tricks in the close future from Mick and Stef.