Duncan Jones – Man On The Moon 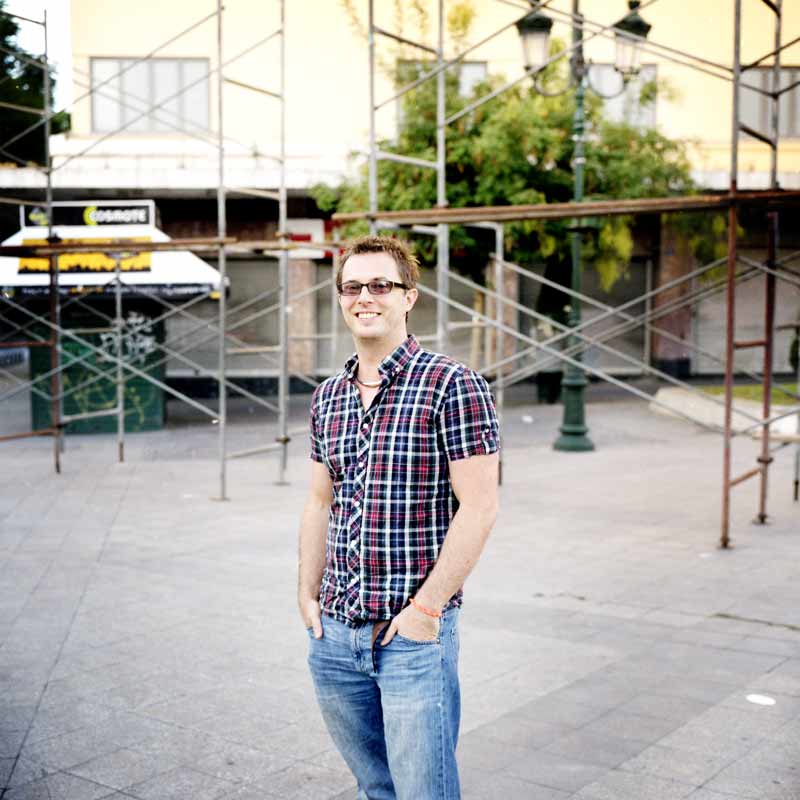 For a sci-fi enthusiast such as yours truly (one who hasn’t yet reached the level of obscure references knowledge that is required for geekdom status) watching Moon was indeed a unique experience. In this 3D digital – ‘Avatar’ as the future of cinema – era, a film set on a lunar base is expected to be more Star Trek, and less ‘2001: A Space Odyssey’, a film where the audience doesn’t spend an entire evening contemplating about themes of loneliness, madness and identity.

Such is the big screen debut of filmmaker Duncan Jones, a name previously unknown to audiences who had to go online to discover he is the son of the Starman himself, David Bowie. Here is the important bit: people went online because they were curious about the director of one of the most interesting films of the year. In many ways Jones has succeeded despite of celebrity. He admits that: “the subtext of Moon is ‘Do you like yourself enough to be able to look in the mirror and say I’m actually a decent guy?’ ‘When I was in my twenties I was a miserable sod. I like me now. I’d love to go back and put my arm around my shoulder, and say: ‘Calm down, enjoy life, it’s not that bad!’’

Although it took Jones several years to get where he is today, his interest in film and sci-fi was evident from an early age. ‘My first experience in film was little 8mm shorts I used to make with my dad when I was about six or seven. Back when I was a little kid that was the kind of hobby that we used to have, doing a lot of one-stop animation with little star wars figures.’

Maintaining his anonymity throughout college then film school, Jones graduated and went to work with advertising guru Trevor Beattie but spent his nights writing screenplays putting his years of studying philosophy in use. ‘I was really interested in the idea of trying to fit in my philosophy with my interest in science fiction. I’m one of those believers in experience in general just being useful for putting your mind in certain places and I think that the period of time when I was studying philosophy for seven years was really an opportunity for me to get to know myself a little bit more and maybe become more interested in a broader spectrum of things which all pay dividends with Moon and hopefully with any other projects I do in the future. I had always liked film, and it was something I knew I wanted to do. But I wasn’t really ready or sure how to go about it,’ he says. ‘And I wasn’t sure whether I wanted to get involved in anything where people know about me and know what I do. It took a long time to make that decision.’

Moon, which was written by Nathan Parker, son of the director Alan Parker, was inspired by Jones’s reading of Entering Space, a book by a former NASA scientist, Robert Zubrin. Jones filmed Moon entirely at Shepperton Studios, using old-fashioned models instead of expensive CGI, costing £2.5 million. ‘I’ve done some technical tests before – I’ve tried to create this hybrid look of live action and CG. Which is what we applied in Moon for the exteriors and the interiors. There were so many limitations that we imposed on ourselves on how we were going to do Moon and I’m thrilled that people like it and accept it for what it is. The truth is that the film we wanted to do was so much bigger and more ambitious than the one we finally did make.’

But was he overall satisfied? ‘On the big scale I think there are great things in it, in terms of the look of it, and the wide shots, but whenever you get to any of the details, I can’t stand it. The kind of Doctor Who (old Doctor who) feel to it really annoys me. I would love to have worked more to some of the details. Not that it had to look like its been perfectly designed (like a big budget sci-fi movie), but I think that I could have finessed it a bit more. I still find some elements of it quite distracting.’

The film was written for Sam Rockwell specifically, and Jones kindly refuses to disclose the financials, which is something the press keeps on asking about. ‘I think that in his mind it was an investment. He knew that we wanted to work with us, and he knew the script was giving him everything that he wanted as an actor. I’m incredibly pleased with Sam’s performance and how I was able as a director to be able to put that on my resume cause I think Sam is absolutely phenomenal in it, and I think that it is the best that I could’ve done, (regardless of budget). Adding Kevin Spacey to the mix as the voice of Gerty, a very Kubrick-esque computer, was only another bonus.’

‘We approached him quite early on, but he said he would rather see the film firstly and then decide. I think he was wondering if we could pull off an ‘Independent UK made Sci-Fi’ for $5m as no one else has tried that for a while.
Once he saw Sam’s performance he came on board.’

The film has already got great reviews, and has been hailed as the most original sci-fi movie in years. It was praised by The New York Times, received seven British independent film nominations (including Best Director for Jones and Best Actor for its star, Sam Rockwell) and was also nominated for three critics awards in the UK. After seeing the film, Jake Gyllenhaal, has insisted that Jones directed his next movie, the sci-fi thriller Source Code. So what is Jones’, a philosophy graduate, take on these recent developments? ‘I believe that you make your own luck and I’ve worked really hard to take as many opportunities as I could. Some of them don’t pan out, some of them do.’ And so they did.