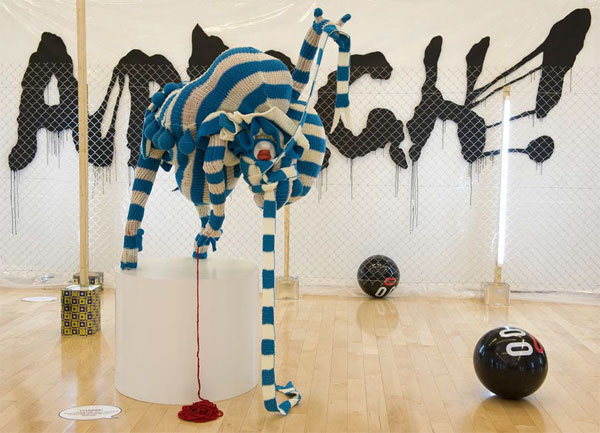 ATOPOS CVC invites you at the guided tour-lecture with José Teunissen through ARRRGH! Monsters in Fashion exhibition, on Sunday July 17th at 13.00 at Benaki Museum. José Teunissen is one of the contributors of ATOPOS’ new publication titled NOT A TOY. Fashioning Radical Characters, and will give the third Atopic Lecture and guide visitors through the exhibition.

José Teunissen is a writer, a curator and professor of the ArtEZ Institute of the Arts in Arnhem and visiting professor at the University of the Arts in London. She studied Dutch Language and Film Studies, focusing on the narrative function of costume in fi lm, and for ten years was lecturer in fi lm aesthetics at the University of Amsterdam. She worked for nine years as a fashion curator at the Centraal Museum in Utrecht, where she curated many exhibitions. She has contributed to a number of books, magazines and newspapers and has authored several publications. She is the co-editor of the The Power of Fashion: About Design and Meaning and Fashion and Imagination: About Clothes and Art. Teunissen was also the curator of The Art of Fashion at Museum Boijmans Van Beuningen, Rotterdam in 2009 and Kunstmuseum Wolfsburg 2010.