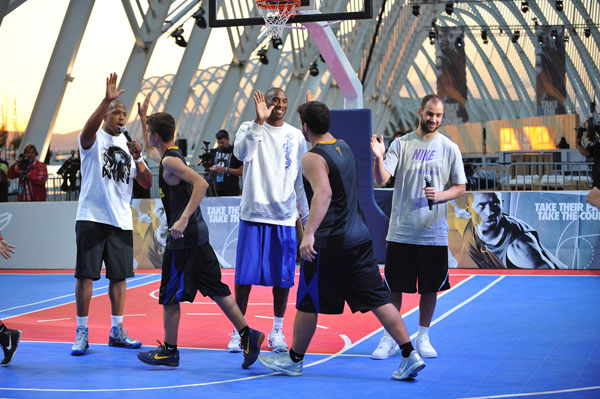 The final part of the 3-on-3 “Take the Court” Nike’s showdown took place on Tuesday with the participation of the two finalist teams in the league. The role of the coach for the two teams was shared between the Greek basketball player Vassilis Spanoulis and the internationally renowned Cobe Bryant, who was hailed by the greek fans while entering the pitch whereas the players of both teams had the chance to learn some of his secrets that have established him as one of the best players in the world.