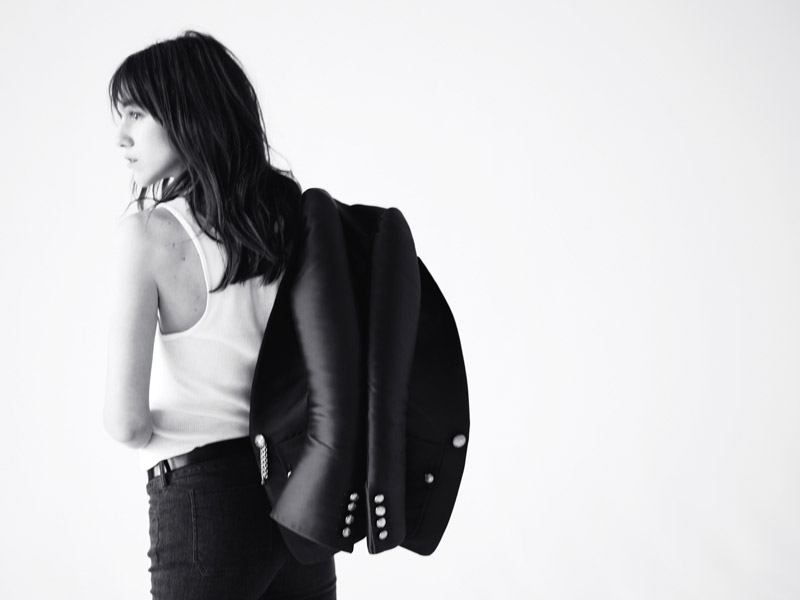 How do you feel about the reactions towards ‘Antichrist’ from film critics and viewers from all over the world?
It is always better to have big reactions. You can’t be indifferent to a Lars Von Trier’s film. Even if people are shocked, I think it’s fun.

Were you aware that ‘Antichrist’was a provocative piece of art even before you agreed participating in the movie?
Yes I was, but I didn’t focus on that. I knew that I was doing extreme stuff, but I really didn’t imagine myself in front of an audience.

How did you feel when you watched the actual movie?
I don’t enjoy watching myself. Even though I loved the images, his point of view and the way he shot things, I was bored of myself.

What was the one thing that made you choose this role?
It was him.

Regardless of Lars Von Trier’s reputation ? Bjork said she would never do a film again because of her traumatic experience with Lars Von Trier in ‘Dancer In The Dark’?
I had the impression that he is very tough with actresses. And I was very nervous not knowing what character he was. If he would be brutal, or vicious. Meeting him, I didn’t understand what he was; he was very fragile, shaking. He seemed in such a state that we didn’t talk a lot. He asked me if I had fears, if I had experienced panic attacks. The more he was questioning my sanity the more I felt perfectly normal. Very calm. I still don’t know what convinced him to choose me for the role. I never asked him.

Where did you find the courage to play the role of that woman?
It wasn’t courage. All actors have the ambition of being extreme. I don’t think I’m crazy. You want to have material that is original, to push yourself. It was so exciting. I was nervous of course. But I wanted to go as far as I could and he was an amazing guide. He also wanted me to trust him.

Did you feel exposed?
Yes. But I wanted to be exposed. I knew that the movie would be very exhibitionist and I know I have this in me. I wanted to go a bit too far.

You said that you and Lars never really talked about the movie, the meaning of the story , your role. Where did you find your answers?
I didn’t really ask him about the plot. I had to imagine answers to the questions I had. But it didn’t matter at all. The final film is nowhere near to what I had in my mind. For me there was a progression and a logic that I had to go through in order to understand where I was going. It was important to have a base for my path.

Was this movie something like a cinematic bungee jumping?
I wasn’t conscious of it at the time. I hadn’t been shooting for a long time. There was Todd Haynes’ film that I had done, ‘I’m Not There’ and Heath Ledger died. I didn’t know him very well, but we passed time together and I felt very strange when I learned that he was gone. I also had a brain accident that was very very serious. I wasn’t working for a long time. I was a bit lost. That’s when I met Lars. I wanted to live something.

Having gone so far to the extreme, would you go there again?
I would like to do a great comedy. It’s great to explore different things. After the shooting I returned to studio for my new album ‘IRM’ with Beck. To go to music after the experience of ‘Antichrist’ was very so different, a great way of breathing.