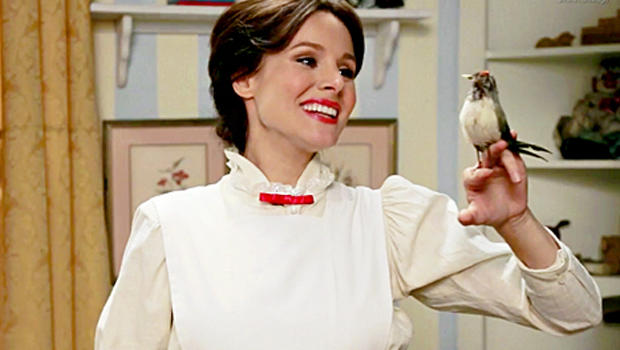 Is Mary Poppins making a comeback? According to Entertainment Weekly, Rob Marshall, who has directed Into the Woods for Disney, has already signed for it.

So it seems, that supercalifragilisticexpialidocious will be the top tongue twister for another year and the new actress will have a lot of trouble in being the new Julie Andrews, who had won an Oscar that year for her role. The new movie won’t be a sequel of the 1964 original. It will be placed 20 years later, in London, and will be based on P.L. Travers’ book series, on which the first movie was based as well. The movie will explore Poppins’ adventures with the Banks family. We would love to see Julie Andrews join the cast as well, but we are pretty sure that Disney has already thought of that.