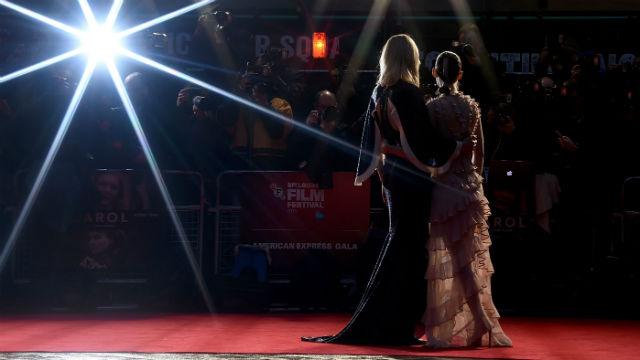 The 60th BFI London Film Festival kicks off this week, starting on Wednesday 5th October and running until the 16th October 2016. The festival will showcase 380 feature and short films from 74 countries, celebrating the best in contemporary cinematic storytelling.

The festival will be graced by such Hollywood stars as Casey Affleck, Michelle Williams, Sigourney Weaver, and Liam Neeson, amongst many others over the course of two weeks.

The opening night gala on Wednesday 5th October will feature Director Amma Asante’s A United Kingdom, a “powerful testament to the defiant and enduring love story of Seretse Khama, King of Bechuanaland (modern Botswana) and Ruth Williams, the London office worker he married in 1948 in the face of fierce opposition from their families and the government at the time,” according to the official festival programme.

Many of the festivals gala screenings are already sold out as thousands of cinema goers are expected to arrive at cinemas across the capital in anticipation of catching the best feature films before their scheduled public release next year. The festival showcases a hand-picked selection of movies and short films from across the globe, curated by the board of the BFI.  Amanda Nevill, BFI’s Chief Executive, says “What makes the moving imagine so wonderful and so powerful is that no matter where you live or what you are watching on the screen, it has a common language, both culturally and creatively, that transcends borders.”

The Headline galas will include Ben Wheatley’s new film and follow up to his immensely popular High Rise entitled Free Fire; Casey Affleck in Kenneth Lonergan’s Manchester by the Sea; Joseph Gordon-Levitt as the famous hacker in Snowden; and Mira Nair’s Queen of Katwe—based on the true story of an international chess champion from Uganda.

Definitely one to look out for is Damien Chazelle’s La La Land, starring Emma Stone and Ryan Gosling. There are already rumours circulating that this one has a strong Oscar chance, a bitter-sweet love story to vintage Hollywood and the City of Angels and inspired by golden age musicals.

The festival also showcases a number of foreign language films including, but not limited to Nocturama, The Handmaiden, and Toni Erdmann, in addition to animated films such as Trolls. The Sutherland Award is part of the festival which honours the most original and imaginative directorial debut in the first feature competition, whilst there are also prizes for best short film and best documentary feature, amongst others.

The closing night gala will be Ben Wheatley’s Free Fire, a high octane romp reminiscent of Tarantino’s Reservoir Dogs. The film stars an ensemble cast punctuated by such talents as Brie Larson, Cillian Murphy, and Sam Riley which follows the fate of a gun deal in a warehouse gone awry—a shoot-em-up action thriller with hilarious consequences.

The kaleidoscopic and all-encompassing nature of the festival’s chosen programme is assured to provoke, inspire and amaze wherever you are from and whatever your taste in cinema. Don’t miss your chance to enjoy these films at this year’s London Film Festival.