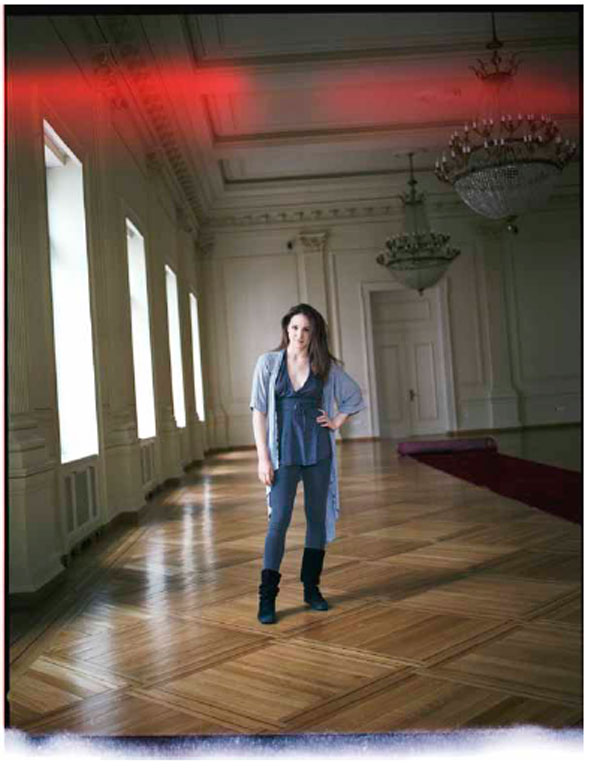 Stefania Goulioti will play Elektra – her second Elektra after the one directed by Peter Stein, a role which gave her the
Melina Mercouri award at 2007. This time in ‘Orestes’ by Euripides brought to Epidaurus by the National Theatre and
under the guidance of John Houvardas, Stefania aims to find out from the beginning ‘the most innocent materials that
make the soul of a girl.’

How different do you feel three years after the great success you had with Peter Stain?

Three years is not enough time for anyone to observe massive chances in oneself. However I do think I am more conscious of my abilities and I know how to use them more efficiently, not being all over the place! Without a doubt I have a long way to go.

Is there something unfulfilled in relation to your treatment of Electra’s role, something you discovered on the way that you could have done differently?

Alas had I been satisfied with everything I did! I realised that it was the simple things I had neglected during the show; the most innocent materials which make out a girl’s soul. This would require me being left totally exposed to my senses, something I didn’t allow myself to do, a common mistake when working under the guidance of a director. However an undoubtedly valuable experience!

How can you judge a show in which you take part?

I don’t think it’s difficult. The hard part is to judge yourself in it.

So which are the tools of trade you carry with you in every theatrical venture?

Being available, the one and only tool. A great and rare gift.

Is there any good theatre story you know off?

The stories about Katina Paxinou and Alexis Minotis and their endless quarrels, told beautifully by Maria Hors. Originality, dignity and values long forgotten in each and one of them..

What is the greatest pleasure you get from work?

Feeling tired at the end of rehearsal. It takes me at least two hours to get my feet back on track after a five-hour rehearsal.

What is the best advice you have been given?

What is the most important thing an actor needs to remember?

That you never stop learning and so you cannot deny the child in you!

You have worked in Milan and lived in London for a while. What would be the reason you would leave again and what keeps you in Athens?

I would leave again to release myself, to remove my ideas and beliefs, ready for some new ones. The language is what keeps me in Greece and as far as Athens…nothing I guess.

What inspires you at the moment?

Where do you usually go for walks in the city?

By the sea, at Palio Faliro.

After participating at ‘Orestis’ during the summer, what are your winter plans?

I continue at the National Theatre of Greece with the plays ‘ Emilia Galotti’ and ‘Trisevgeni’.

Stefania Goulioti stars at the play ‘Orestis’ by Evripidis, by the National Theatre of Greece. From 30/07 to 26/09.