Money, A Mythology of Darkness was the first full length feature film to employ 3D animation to convey its story. This was Vassilis Mazomenos’ third feature film but he was familiar with computer generated images after experimenting with the technique for his previous feature The Triumph of Time which used it to explore Don Quixote through the eyes of Charlie Chaplin, although these remained two dimensional.

Mazomenos’ breakthrough came when we used three dimensional computer graphics frequently throughout Money, A Mythology. He used to to depict rivers of coins which flowed and sparkles like flames, a tree in flames, the character of Christ wandering a desolate landscape. More complex images remained two dimensional like large buildings and paintings of people in traditional dress. While these images set a dark scene, a voiceover narrates the story of this world full of ponos (pain). 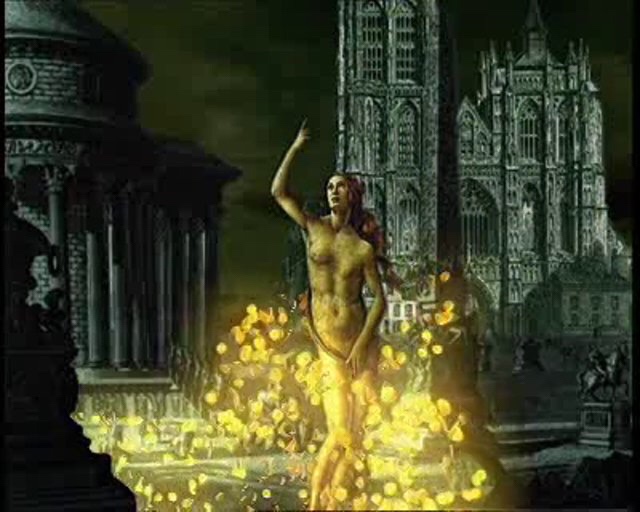 The movie is split into three parts and follows Christ moving through time and space observing the degenerating society man has created. Mazomenos combines this with scenes of a cinema where we watch a movie within a movie. Clips of royals being crowed are played playing with the idea of wealth and authority these are juxtaposed with images of monuments from around Europe exploring the wider idea of what society values as greatness. 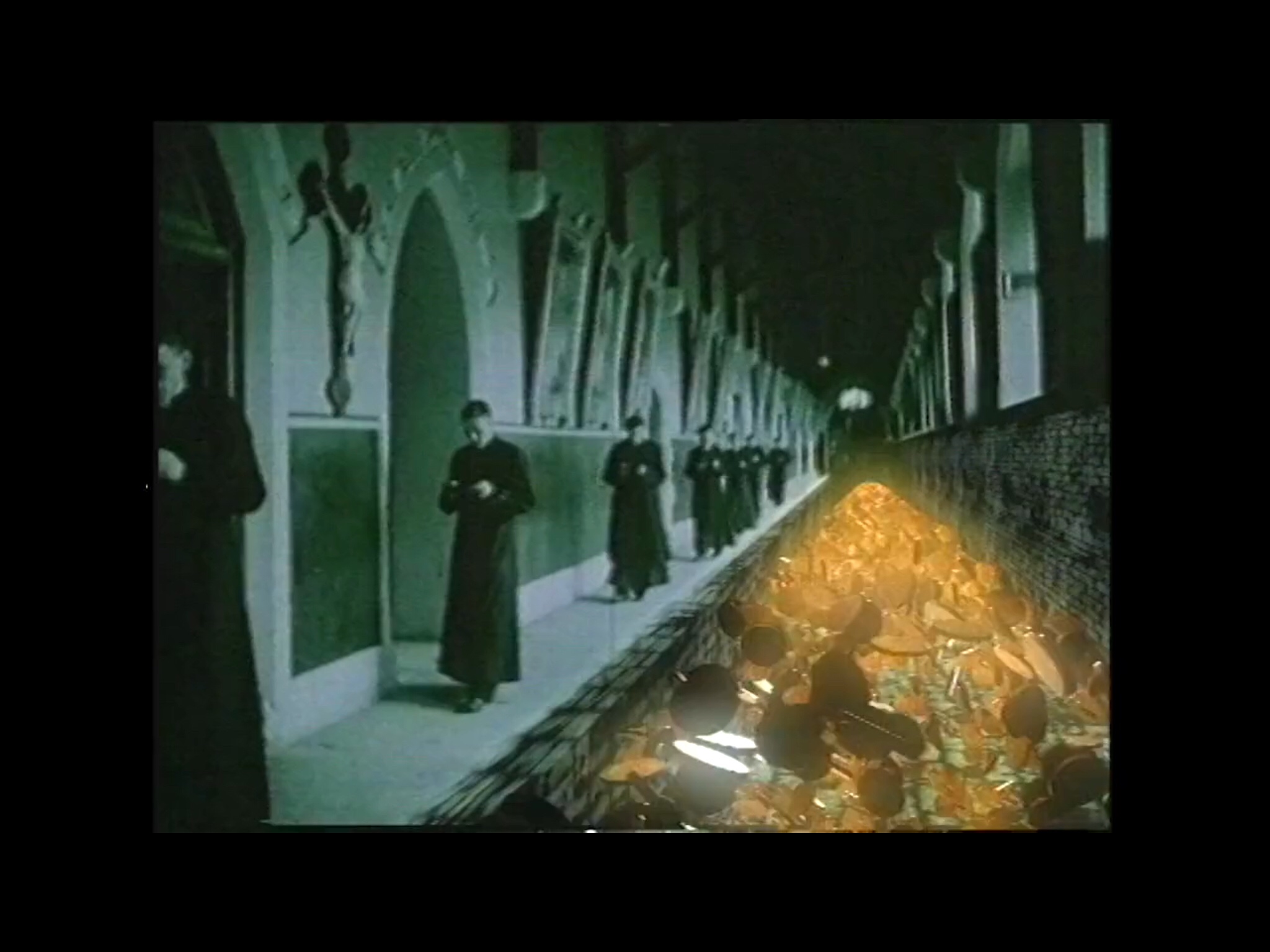 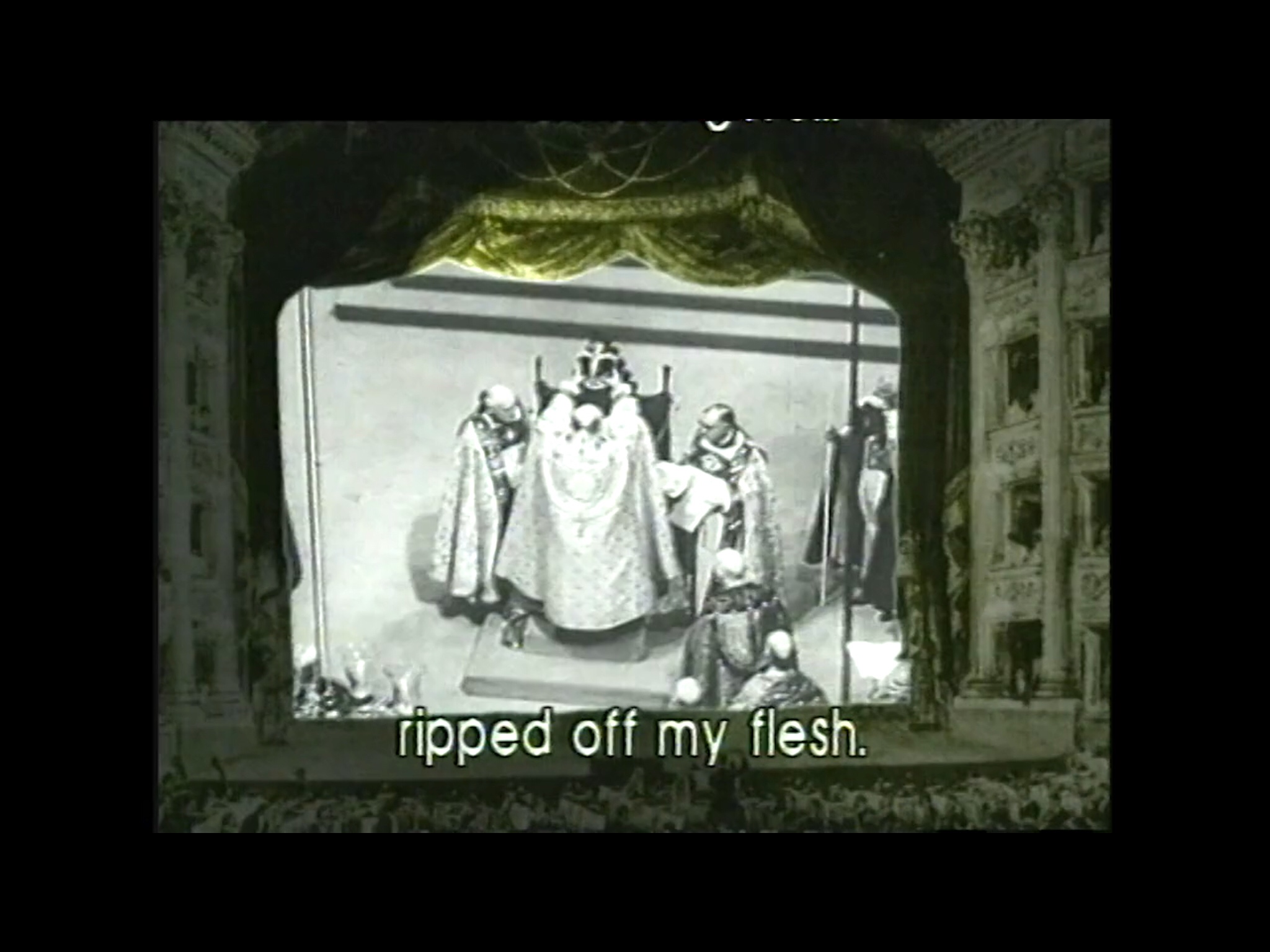 Vrasidas Karalis, writing in his book A History of Greek Cinema, said that Vassilis Mazomenos “released his mesmerizing and terrifying apocalyptic phantasmagoria Money—A mythology of Darkness (Hrima, mia mythologia tou skotous) in 1998. A visual essay on the impact of money on humanity, it is a film that deserves more attention and which proves the potential of new technologies in the creation of a new kind of cinematic language. With this film, Mazomenos created a trilogy of philosophical essays by means of visual experimentations.”