The Social Network – Poster and Teaser 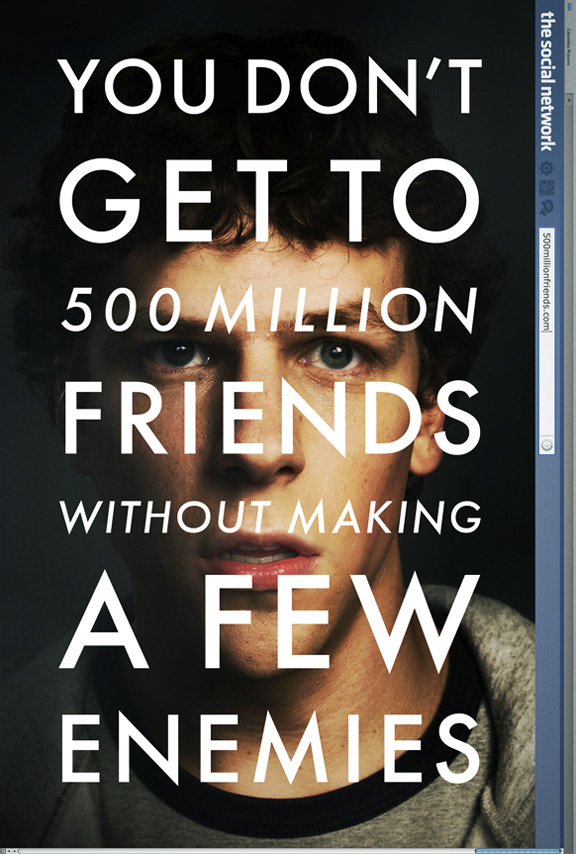 Two months ago we heard that Fight Club director, David Fincher, will take over the project of bringing the story of Mark Zuckerberg, the emperor of Facebook, to the big screen, based on the book “The Accidental Billionaires: The Founding Of Facebook, A Tale of Sex, Money, Genius, and Betrayal”.

The first interesting clues about The Social Network movie came with its first poster and video teaser. Even though they don’t give away many things, they sure have a clever and direct approach, which allow us to hope for the best.