What is the truth of the creatures that spend their nights in the legendary nightclubs of Berlin? What is the real identity of the hedonistic culture celebrated on Berlin’s dancefloors?

With his new film “EX” getting ready to premiere on the 23rd of February, in Berlinale’s European Film Market, George Markakis opens for us a window on Berlin’s nightlife. 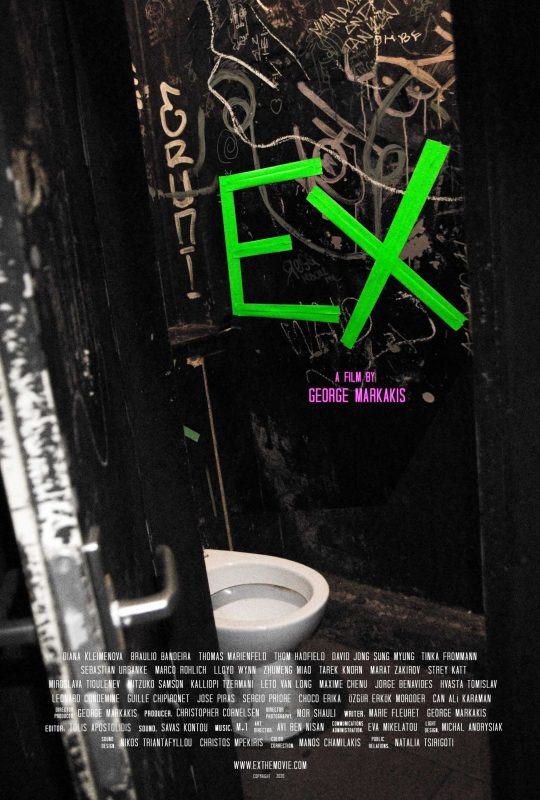 Following 2013’s “India Blues”, this is the second feature film by the Greek director, who has been living and working in Berlin for the last eight years. With “EX”, Markakis dares to take a step past the notorious Berlin dancefloors, revealing that, in fact, of all things happening inside a club, the most important always take place in the rest rooms, which are actually both its engine room and its confessional booth…

With Diana as its main character, the movie invites us to live a night seemingly chaotic, but it ends up drawing an honest, intimate portrait of a group of misfits seeking for their truth.

Drugs, sex, hard truths, self-destructive tendencies – the party people surrounding Diana are not just having fun, nor are they simply getting wasted; in the rest room, they are experiencing moments of total clarity.