UNFORGETTABLE – Panic on the streets of London 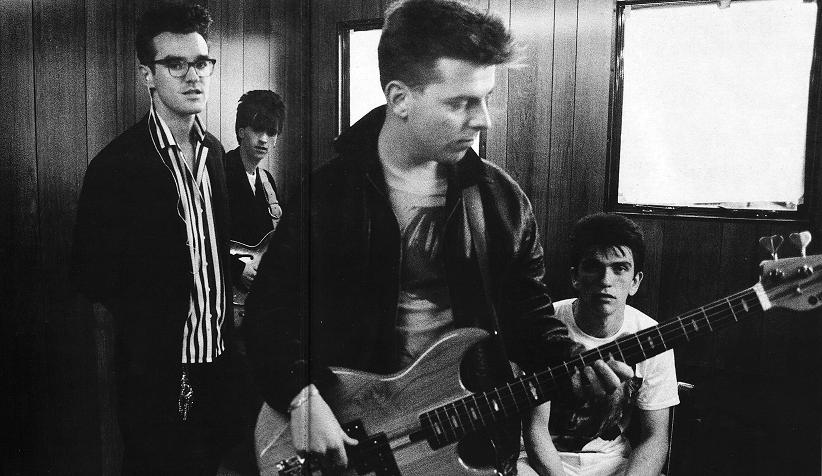 Some patients suffer from panic attacks caused by painkillers; agoraphobia from crowds, the claustrophobic when trapped indoors and the list of all the possible things that cause a similar reaction is very long. Some of the panic attacks of a young Morrissey were caused by the pop-music of Duran Duran, Wham! and other new and emergent types of rap and r’n’b, all inspiring a “panic on the streets of London”, “overnight” as some say.

As the story goes the young admirer of Oscar Wilde with chrysanthemums in his pocket, fanatical about the New York Dolls, an admirer of Dusty Springfield and Sandie Shaw, a lover of correspondence and ardent hater of video clips used to promote artistic work (then at least) heard about the Chernobyl disaster during the news on Radio 1 and was horrified that the show’s host then chose to continue with “I ‘m Your Man” by Wham! (Wham – bam!) The third album from The Smiths (The Queen is Dead) had already been released and “Panic” came after that as a standalone single; Moz and the band’s protest about the mainstream discotheques of the time. The lyricism is in complete contrast to
the ‘plastic’ music of the 80s and its tidal wave within the music scene. Through “Panic” in 1986 the Smiths laid forth their musical manifesto for the Electric Circus generation, asking for the metaphorical hanging of the DJ and creating
music that has something worth saying. Of course, not for the first time were the band members “complaining” about something, yet also being blamed for it. The irony of The Smiths exudes from their menacing leader Steven Patrick Morrissey alone and it appears inevitable. Mr. Morrissey chose a commonplace name for his second ensemble (coming after The Nosebleeds) but was never trite, the vagaries of his gifts sometimes overshadowing the other band members.
Certainly when Johnny Marr, Andy Rourke and Mick Joyce met Morrissey in 1982 they did not believe that within 5 years they would have become a landmark of the scene in Manchester and also synonymous with the British music scene. Unfortunately not all stories have a “happy ending”, and by 1987 The Smiths had dissolved with each band member continuing on a different path. In an old interview, Moz stated that that as a place, Manchester would crush its own history without a second thought. As romantic as contradictory, as ironic as he may be irritable Mr. Morrissey could not be crushed; vegetarian? Yes, since the age of 11; homosexual? Nobody cares anymore. Racist? A number of people have attempted to level that accusation. The 50 year old has simply become an artist some love to hate and others just love to love! “That’s entertainment”…