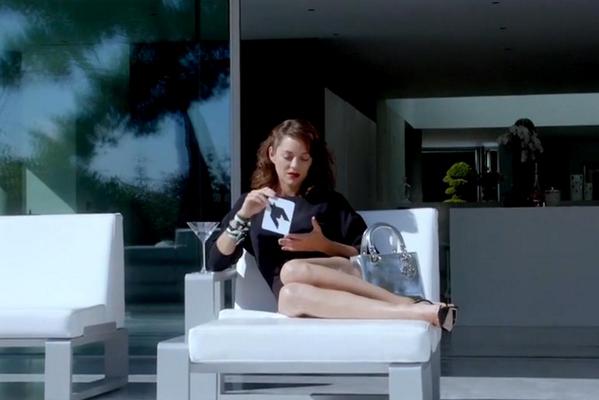 It is not surprising for us to see Dior and Marion Cottilard to team up, as soon as she is Raf Simons’ -Dior’s creative director- muse. And how can she not be a muse, when she gives her best on every project she does?

This time, as a “Lady Dior” campaign follow up, Cotillard co- operates with house of Dior for a mini- film, like that one back in 2010 for “Lady Blue” campaign. The French actress teams up for the video with the musician Joseph Mount of British electronic group Metronomy and director Eliott Bliss. In the video, Cotillard dances and defies gravity in a beautiful villa in the Californian countryside, relaxing by the pool, drinking cocktail -which reminds a lot the “Lady Dior” perfume- and showing off Dior’s new Autumn/Winter 14 collection.