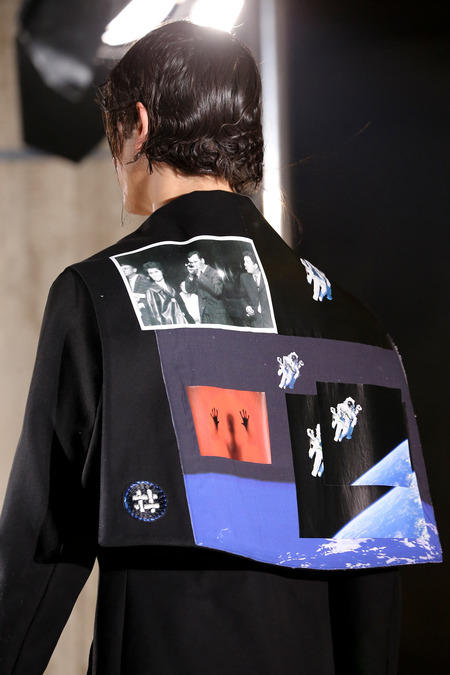 The soul’s immortality and the human body’s corruptibility, the eternity of ideas and the death of material. The body and the soul, their relation and the superiority of the spirit over the inferior flesh. Spiritual pursuits, that have been reproduced and doubted by religion, philosophy, even everyday life. There is a slight omission though, that spirit could not be raised without the body. Sensory experiences are lived through the body, they are becoming a part of it. It is the means of the embodiment of our being to the world. It is each one’s personal locus, that lives and creates memories to the spiritual world.

For Raf Simons’ Menswear Spring/summer 2015 show, these meanings did not concern only him, but the audience, as well. The fact that they had to stand up, and not in numbered seats in a row -whoever would come earlier, they would have the better view- prepared for something different. Perhaps, interactive.

The scenery was like a club, with intense red and green lighting. It was familiar for the designer from his early years, and he has now interpreted it in his own way. As a place with no hierarchy, where all are equals, and at any time, you could meet someone you may know, even someone you don’t want to step over. This lack of order and the continuing moving flows of the patrons, could be on the one hand totally indifferent to someone, on the other hand could fill them with emotions and questions.

His models were among the patrons. They would traverse the room in a well-organized -hence seemingly- random way. Some models would pass by again and again, and once a new one would appear for the first time, they could easily understand they had not seen them so far. By bringing his models and the audience at the same level, Simons created a sense of familiarity, which was even more accented by the inability of using photo and video device. The viewer was constrained to live what they were watching, and not decode it, through a photographic lens. The designer used his viewers, as his setting. He offered them a different experience, a new memory.

This is what his clothes also, were. Elements of the past, like his love for the youth and their culture, that he transferred to his garments’ shapes. The -elongated- sailor collars were filled with photos, just like a moodboard, or photo album, full of experiences-images of the designer’s past -real and imaginary. His parents’ photos, a photo of the designer wearing a T-shirt of his friend Olivier Rizzo -the Τ-shirt was returned back to its initial owner backstage, 25 years later-, a rollercoaster; they all present his past, bringing him even closer to us, showing who he really is, because the past defines who we are. And whether we accept it or not, it is a result of our identity. A vicious circle.

Locating them on his models’ backs, turned them into stars of his story, that has been imprinted on their clothes, thus to their bodies. They even approached the audience, sharing the designer’s memories, they became his means of communication. The bodies were the memories.

Raf Simons’ parents were for the first time at the backstage of one of his son’s shows -a new experience-memory for the three of them. Merleau-Ponty would say “Our own body is in the world, as the heart is in the organism; it keeps the visilbe spectacle constantly alive, it breathes life into it and sustains it inwardly and with it forms a system”. It was hard for Raf Simons to analyze it, “because it all goes very deep”. It was no need though, because everything was an embodied memory. 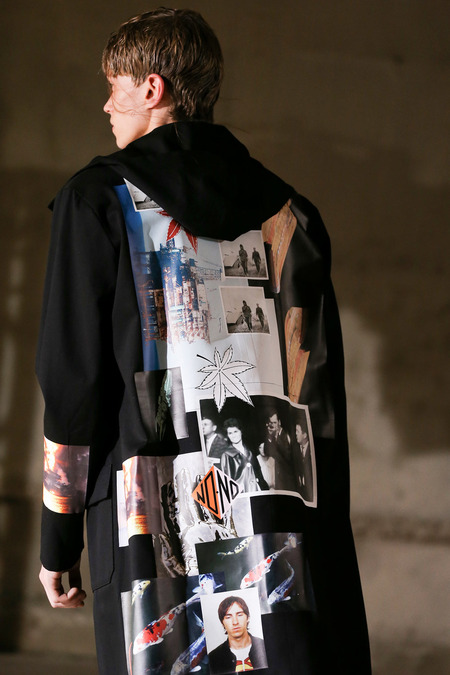 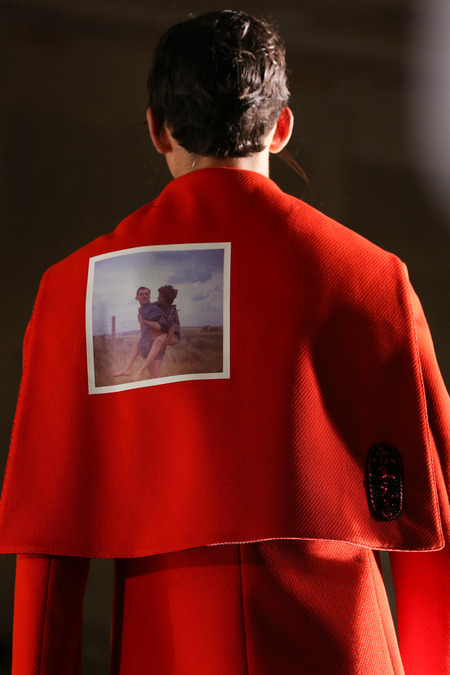