Ryan Murphy Prepares a Series for the “Feud” Between Bette Davis and Joan Crawford!

It is called “Feud” and it starts shooting the following autumn. As for the actors that will act out Bette Davis and Joan Crawford, they are none other than Jessica Lange and Susan Sarandon!

After the cult tv dramas American Horror Story and American Crime Story, the cooperation between Ryan Murphy and FX channel is still on – as indicated by his next project entitled “Feud” and refers (of course) to the animosity between the great divas of the golden age of Hollywood, Bette Davis and Joan Crawford, which reached its peak during the shooting of “What Ever Happened to Baby Jane?” The two stars have always hated each other, on one hand because they usually fell for the same man (Clark Gable, Franchot Tone etc.), on the other hand because they always envied each other’s career (when Davis took her first steps, Crawford was already a star, but when the former became famous, she managed to turn the spotlight on her.) The big mess was during the shooting of the film “What Ever happened to Baby Jane?”, where both complained about each other to the director Robert Aldrich, while for the scene where Jane was supposed to hit Blanche, Joan Crawford was so sure that Bette Davis would hit her for real, that she requested a body double! Which was the case in the only scene that the body double of Crawford couldn’t make it and it is said that the fight was so big that afterwards Joan was in need of stitches! She certainly got her revenge, however, during the scene where Jane pulls Blanche out of her bed and, knowing that Davis had a back problem, she made it impossible for her to carry her!

Are you already looking forward to the deadly lines of Jessica Lange and Susan Sarandon, huh? So are we! Suffice to say that “Feud” will feature a cast of famous actors like Alfred Molina, Stanley Tucci and Judy Davis, while its executive producer is no other than Brad Pitt! 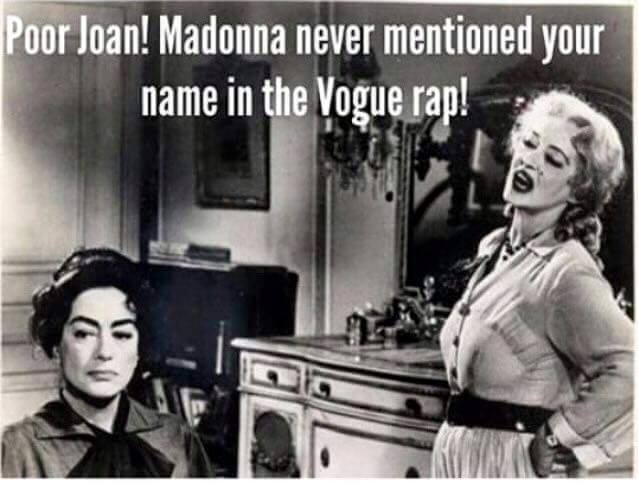