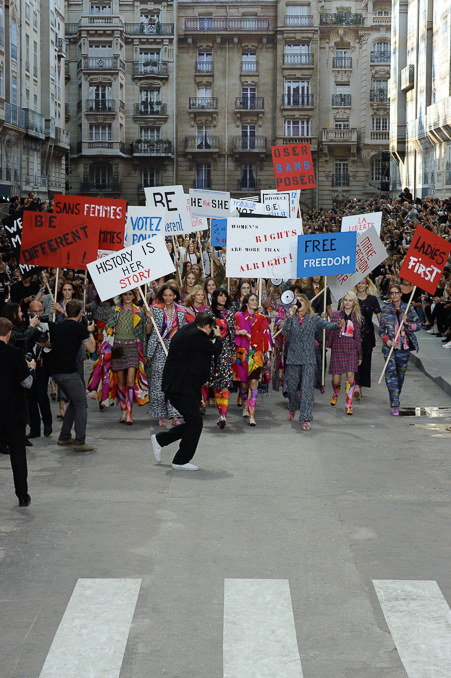 Karl Lagerfeld revived May 68 during Chanel’s fashion show today. Grand Palais, where the French house’s show was staged once again, was turned into a Parisian street, the Boulevard Chanel according to the invitation, one of the most prominent show stages ever crafted.

And once the show was over, the models with Cara Delevingne holding a speakphone and screaming “Come On!” would protest, like students did 46 years ago while walking down the streets of Paris. They would hold signs where slogans such as “Make Fashion Not War”, “Ladies First”, “Feministe Mais Feminine”, “Be Your Own Stylist” and the really witty “History is Herstory” created a really impressive finale, which unfortunatelly seemed to lose its meaning in Lagerfeld’s constructed city.