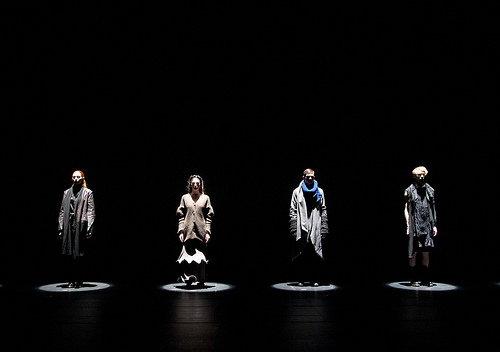 4FASHIONSHAKE III took place on Wednesday,April 6th at THEATRON, Cultural Centre ‘Hellenic World’. 4FASHIONSHAKE is a project organized by OZON Raw which tries to connect the area of fashion with that of arts. Based on this idea, 4FASHIONSHAKE works an open platform for new young creators to explore new media and experiment on a different level of presenting their artistic work. Through an overall approach of fashion we look into various ways of connecting this cultural product with contemporary art. For this years event, our motto was ‘Poetry in Motion’.

Projections of fashion films were also a part of the night, with ‘Darn the Boozer’ by Willem Jaspert & Stephen Langmanis representing the aesthetics of A/W 2011 collection by London men’s knitwear Sibling. In addition to that, the projection of META.MORPH created a dark atmosphere presenting the Autumn/Winter 2011 collection 2011 by Una Burke.

Atelier Loukia also presented a part of the Autumn/Winter 2011 collection which will also be presented at ‘Federation de la couture francaise’ in Paris. 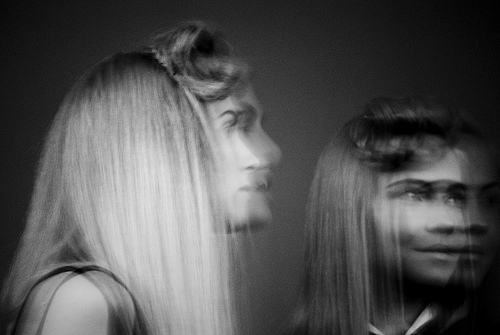 Ioanna Kourbela, inspired by the element of water, presented on screen a fashion film for her S/S 2011 ‘H2O’ collection and pieces from the men/women AW 2012 collection through a live model performance.

The campaign’s music was created by May Roosevelt, musician who is known for her theremin performance, with the song ‘Chasm’ which is included in her new album ‘Haunted’.

Finally, the night was completed with the ‘all originals’ after party by adidas originals, a DJ Set by DJ ‘I Love Me’ aka Constantinos Kalfakakos and cocktails made by ABSOLUT.